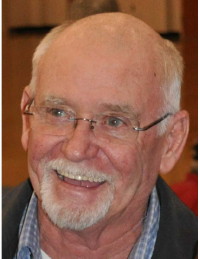 Lifetime Plymouth resident, Raymond R. Bope Jr., 77, passed away in his home Tuesday, May 21, 2019.
Born in Plymouth, Indiana on December 14, 1941, Ray was the son of Raymond Sr. and Bonnie M. (Harbaugh) Bope. On July 18, 1987 in the Church of Jesus Christ in Argos, Ray married his childhood neighbor, Sharon L. Hite. She would precede him in death on May 14, 2017.
Ray graduated from Plymouth High School in 1959. He served our country in the U.S. Army as an 88M, Motor Transport Operator, in Western Germany until his Honorable Discharge in 1962. He drove tractor-trailer & mixer truck for Transit Mix, later Ozinga, for over 50 years before his retirement in 2016. He safely logged over a million miles over the course of his career. He was a member of the American Legion Post #27, the Plymouth Moose, the Elks Lodge and Bass Masters. He was an avid fisherman, bowler and golfer – He shared those hobbies with his family and friends throughout his life. He also pursued amateur race car driving at Plymouth Speedway. Surviving are his daughters: Raymi Bope, Oklahoma, Debbie (Michael) Watts, South Bend, Faith Gamble, Plymouth, Kristi (Chris) Mabis of Columbus; sons: Danny Bope, Plymouth, David (Brandi) Thompson, Phoenix, Arizona, and Coy (Brooke) Bope, Winter Haven, Florida; step-daughters, Kim (David) Duff, Argos, and April (Rodney) Gross of Rochester. Also surviving are many grandchildren, step-grandchildren, great-grandchildren, step great-grandchildren, nephew & nieces; siblings: Steve Bope, Billi (Troy) Brantley, Toni (Wayne) Samuels and Jami (Christopher) Lapp.
He was preceded in death by his wife of nearly 30 years, Sharon; his parents; son, Ward Spaid; and sister, Suzanne Ross. Visitation will be held on Saturday, May 25, 2019 from 10 a.m.-12 p.m. in the Johnson-Danielson Funeral Home, 1100 N. Michigan Street, Plymouth. Funeral services will follow at noon in the funeral home with Nathan Hundt officiating.
Burial will be in the New Oak Hill Cemetery, Plymouth with Military Honors provided by members of the American Legion Post 27, Veterans of Foreign War- Marshall County Post 1162 and Disabled American Veteran Chapter 42.
Memorial contributions can be made to Center for Hospice Care 112 S. Center St. Plymouth, IN 46563 or Cancer Association of Marshall County, 9739 Sunnyside Dr., Plymouth, IN 46563 or the American Cancer Association American Cancer Society, P.O. Box 22718, Oklahoma City, OK 73123-1718.