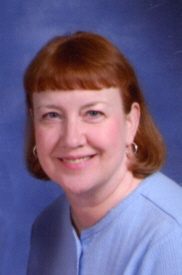 Rebecca Ann Wilcockson, 57, passed away peacefully with her family surrounding her on Friday July 8, 2016. She had courageously fought cancer for three and a half years.
Rebecca was born October 8, 1958 to William A. and Alberta M. Wilcockson in Plymouth, Indiana. Rebecca attended St. Michael Grade School and Plymouth High School, graduating with the class of 1977. She graduated from South Bend Business College in 1979.
In 1981, four friends and she went on an adventure and moved to Texas. There she started a job as the receptionist with AIG Aviation. While working for AIG, she transferred from Texas to Atlanta to California and back to Atlanta, until she moved back to Plymouth in 2004. Over the years Rebecca moved up with the company becoming Senior Business Analyst. Which was a position she held until her health would not allow her to work anymore. She was known to be quite mischievous and an important part of the aerospace industry. She worked for AIG for 35 years.
Rebecca enjoyed doing puzzles, crocheting and knitting baby items for friends and preemie hats that she donated to the St. Joseph Hospital in Plymouth. She enjoyed her flowers and working in the yard. She enjoyed going to the family lake house in Delton, Michigan and spending time with her Mother, brothers and their families. She also enjoyed going to bargain stores, thrift stores and auctions with her sister.
Rebecca is survived by her mother, Alberta, of Plymouth, her sister Elizabeth J. Wilcockson of Plymouth and her brothers, Richard M. (Jane) of Delton , MI, and James A. (Meg) of Plymouth. Also surviving are her nieces and nephews: Jody (Brett) Walters, Sara (Jesse) Noteboom, Hannah, Kyler, Lisa Wilcockson & Mikey LaFountain, Aneka (TJ) Senff, Chad, Heather, Andrew, Zayn, Jaden, and Kanyon.
She was preceded in death by her father, William on August 17, 2009.
Friends are invited to celebrate Rebecca’s life with her family at Johnson-Danielson Funeral Home, 1100 N. Michigan Street in Plymouth on Wednesday, July 13, 2016 from 10 a.m. until noon EST. Funeral services will immediately follow in the funeral home at noon.
Burial will be in St. Annâ€™s Cemetery in Monterey, Indiana at 3 p.m. EST.
Memorial contributions can be made to St. Michael Parish 612 N. Walnut Street, Plymouth, IN 46563, St. Michael School 612 N. Center Street, Plymouth, IN 46563, the Marshall County Hospice 112 S. Center Street Suite C Plymouth, IN 46563, or donorâ€™s choice.