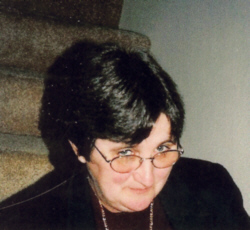 Rebecca “Susie” Schoof, 56, passed away at 7:40 p.m. on Friday August 15, 2008 after a long and courageous battle with cancer. Susie was born in Chillicothe, Ohio on December 14, 1951 to Gerald A. and Marleah F. Johnson whom survive. She graduated from Waverly High School located in Waverly, Ohio with the class of 1969. Susie moved to Indiana in 1973, in 1975 at a friends wedding she met her husband Tom. They later married on September 23, 1978.
Susie was a very kind and loving person. She loved to spend time with friends and family and was most proud to be called Nana by her grandson Jared whom she loved with all of her heart.
Susie started work at the Corl Corporation in 1978, the company evolved into Bremen Glas and finally Maax Midwest where she worked until the spring of 2008. She worked in the purchasing department. She had many friends at work that she had adopted as family. She was best known for her wonderful sense of humor; even in adversity she could find humor. During football season you would find her and Tom camped out in front of the television cheering on their favorite teams. She will be missed by everyone that knew and loved her.
Susie is survived by her husband, Tom, son David (Jennifer) Schoof, grandson, Jared, Parents Marleah and Gerald Johnson, sisters Shelley (John) Hopkins, Sherry Stires (Tim Estep), Kathy Baer, brother Rod (Danielle) Johnson, mother-in-law, Violet Schoof, brother-in-law, Craig (Diana) Schoof, nieces and nephews; Mike (Bekah), Amanda and Tara Stires, Shawn, Christopher and Stephen Johnson, Jeremiah Cutright, Kyle and Krista Schoof, great niece Brelyn Stires and great nephews Chandler and Alexander Stires.
She was preceded in death by three brothers, Gerald Lloyd Johnson, Harold James and Larry Eugene Cutright. A niece, Michelle Hopkins which she loved dearly. Richard Lee Schoof, her father -in-law, also preceded her in death.
Friends are invited to join the family to celebrate the life of Susie Schoof on Tuesday, August 19, 2008 from 4 to 8p.m. (and after 7 a.m. on Wednesday, August 20) at the Johnson-Danielson Funeral Home, 1100 N. Michigan St., Plymouth.
Funeral services for Susie will be held in the funeral home on Wednesday, August 20, 2008 at 11:00 a.m. The Rev. Oliver Dongell, pastor of Plymouth Wesleyan Church will officiate.
Burial will follow services in the New Oakhill Cemetery.
Memorial gifts in Susie’s memory may be made to the American Cancer Society.