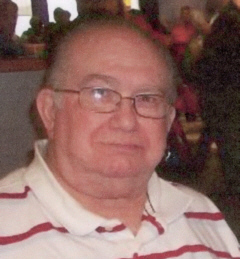 The Rev. Donald David Barber, 77, passed away of natural causes at 9:49 p.m. on Saturday, June 4, 2011 in Memorial Hospital, South Bend.
Don was born May 7, 1934, in Rockford, Illinois, to John Henry and Ruth Williams Barber.
After graduating from high school, Don attended the Salvation Army training school. He then pastored in Hillsboro, Michigan.
On August 6, 1960, Don and Elinor Newell of Plymouth were married.
Extremely talented and musical, Don loved to play the piano. He was very outgoing and sociable.
In 1962, don graduated from Marion College, now Indiana Wesleyan in Marion, Indiana, after which he taught music for the Montpelier School system. He then graduated from Ball State University with a music degree in 1966.
Don and Elinor moved to Wilmor, Kentucky where he attended Asbury Seminary, graduating in 1969.
From 1969 until 1970, Don was the associate pastor of the Nelson Street Wesleyan Church in Marion, Indiana.
For the following three years, he was Senior Pastor of Gas City Wesleyan Church in Gas City, Indiana. In 1973, he became the Pioneer Pastor of Boyd Blvd. Wesleyan Church in LaPorte, Indiana. In 1979, Don, Elinor and their two children moved to Australia as missionaries to start a music department at Kingsley Bible College in Glenroy Victoria, Australia. In 1993, they returned to be part of a ministry in Washington, D.C. until his retirement in 1996.
Don was preceded in death by his parents and a sister, Phyllis Edwards of Rockford, Illinois.
Don will be greatly missed by his family and friends, but is now with his Heavenly Father leading an Angelic Choir. He will forever be in his family’s hearts.
He is survived by his wife, Elinor, and their children, Jonathan and Laura Barber of Ball Ground, Georgia, and Rebecca and Brett Reinhold of Plymouth. Two sisters, Mildred Kays of Rockford, Illinois, and Marilyn Werner of Madison, Wisconsin, also survive, together with one brother, Leonard Barber of Rockford Illinois.
Five grandsons: Cameron Meade and his wife, Katy of Ft. Riley Military Base, Ft. Riley, Kansas: Daniel Meade of Vilsek Military Base, Germany: Hayden Meade and Chris Reinhold of Plymouth and Travis Barber of Ball Ground Georgia, survive together with three granddaughters: Ashley Davidson, Noblesville: Taylor Birk and Emily Reinhold of Plymouth. A great grandson, Reece Meade of Ft. Riley, Kansas, and many nieces and nephews also survive.
Don was a member of the Plymouth Wesleyan Church since 1979.
Friends may call from 3 to 4:30 p.m. on Thursday, June 9, 2011, at the Plymouth Wesleyan Church, 11203 South Michigan St., Plymouth, Indiana.
A celebration of his life will be held following visitation at 4:30 p.m. in the church. The Reverend’s Hugh Smith and Ed Friberg will officiate.
The Johnson-Danielson Funeral Home is assisting the family with arrangements.
Memorial gifts in Don’s name may be made to Gideons International c/o Gideon Card Chairman P.O. Box 494 Plymouth, Indiana 46563 or to Wesleyan Missionaries c/o Plymouth Wesleyan Church, 11203 South Michigan St., Plymouth, Indiana.