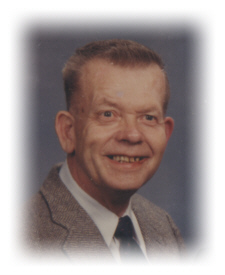 Rev. Ned A. Meckstroth, 79, passed away at his residence on Friday evening of natural causes. A resident of Plymouth since 1969, Ned and his wife Jo Ann have resided at the Miller’s Assisted Living since 2006.
He was born the son of Rev. Arnold W. and Martha (Katterhenry) Meckstroth on October 9, 1931 in New Bremen, Ohio.
Ned graduated from Collinwood High School in Cleveland, Ohio and attended Heidelberg University in Tiffin, Ohio. He then graduated from Eden Theological Seminary in Webster Grove, Missouri and was ordained in 1959.
Then on August 17, 1960 in Red Bud, Illinois he took as his bride the former Jo Ann Herschbach.
In 1969 the couple moved to Plymouth where Ned assumed the Pastorate at the First United Church of Christ and Jo Ann a nurse at Parkview Hospital. Ned would retire from Indiana Rehabilitation Services where he served as a vocational counselor.
A proud father of three, Ned closely followed the sporting activities of his son and as a huge Chicago Cub fan he remained a believer in his club every year.
Ned had been a member of the Plymouth Rotary Club and enjoyed the morning coffee circuit which helped him remain connected to the community. He is survived by his wife Jo Ann and his son Timothy A. (Jennifer) Meckstroth of Granger and their three daughters; Hannah K., Emily A. and Abigail M. Meckstroth. Also surviving is a brother; Marcus J. (Meta) Meckstroth of State College, PA and several nieces and nephews.
Visitation will be held from 5 – 8 p.m. on Wednesday, August 24th in the Johnson-Danielson Funeral Home, Plymouth. Services will be held at 11 a.m. on Thursday, August 25th in the Trinity United Methodist Church, Plymouth with calling one hour prior to services. The Rev. Kerry O’Brien will officiate.
Burial will follow in New Oakhill Cemetery next to his two daughters Elizabeth Ann and Brenda K. who preceded him in death in 1971.
Memorial gifts may be made to the Trinity United Methodist Church 425 South Michigan St., Plymouth, IN 46563