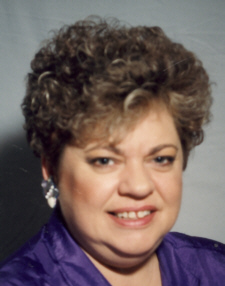 Rexalea C. Warren, 60, died at 6:15 p.m. Sunday, November 2, 2008, at Saint Joseph Regional Medical Center, Plymouth.
The daughter of Howard “Smokie” and Patricia Witham Stutzman, Rexalea was born on May 18, 1948.
Rexalea is survived by a son, Christopher “Scooter” and Rennee Warren of Etna Green, a daughter, Jennifer Warren of Rochester, grandchildren: Ashley Warren, Christopher Warren, Niko Warren and Robert Warren and a great-grandchild, Cameron Warren.
A brother Samuel and Lori Stutzman of Bourbon and numerous aunts, uncles, nieces and nephews survive as well.
Friends will be welcomed by the family to share memories and celebrate the life of Rexalea from 4 to 8 p.m. on Wednesday, November 5, 2008 and after 7:00 a.m. on Thursday, November 6, 2008 at Johnson-Danielson Funeral Home, 1100 N. Michigan St., Plymouth.
Funeral services for Rexalea will be held at 2:00 p.m. on Thursday at the funeral home.
Burial will be in New Oakhill Cemetery, Plymouth.
Memorial gifts in Rexalea’s memory may be to the Center for Hospice and Palliative Care.