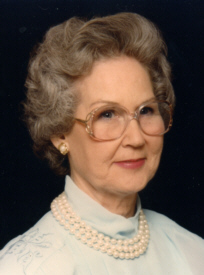 Rhea Maude (Beam) Spindler Johnston, 90, of Fort Mohave, Arizona and formerly of Plymouth, passed away on Sunday, August 7, 2016, in Lake Havasu, Arizona.
She was born June 22, 1926 in Lakeville, Indiana, to the late James R. and Laura M. (Terwilliger) Beam.
In 1942, she married Charles Lowell Spindler; he preceded her in death. With that union, they had four children; Charles Wesley Spindler of Matthews, North Carolina, Ardyce Ann Rogers of Phoenix, Arizona, Robert Dale Spindler of Ft. Mohave, AZ, and Alyce Ann Tetrick of Buffalo, Missouri. After Charlesâ€™ death, she married Orla Elton Johnston; he also preceded her in death. With that union, they had one son; Mark Allen Johnston. They also had two step-sons; Gary Johnston Ashton and Max Johnston Ashton. She had attended the Marshall County Schools. She was raised in the Church of God in Argos and Plymouth. She was a member of the First United Church of Christ in Plymouth and attended the North Phoenix Baptist Church in Phoenix, Arizona. Rhea was a Licensed Practical Nurse who was licensed in four states, which include; Missouri, North Carolina, Arizona and California. She also was a licensed Real-Estate agent and was a broker in Charlotte, North Carolina and a licensed salesman in Buffalo, Missouri. Rhea enjoyed reading, writing, sewing, quilting, hiking, and watching softball and basketball. Besides her children surviving, she had fourteen grandchildren, sixteen great-grandchildren, and six great-great-grandchildren.
She was preceded in death by her parents, two husbands, step-son; Max Johnston Ashton, three brothers; Max, Darrold and Dale Beam, two sisters; Carola Hand and Eloise Balmer. A memorial service celebrating Rheaâ€™s life will be at 1:00 PM Saturday, October 8, 2016 in the Johnson-Danielson Funeral Home, 1100 North Michigan Street, Plymouth, with Rev. William Hand and nephew; Steve Beam officiating. Friends and family may visit with the family one hour prior to services on Saturday.
Burial will follow at the New Oak Hill Cemetery.
Memorial contributions may be given to a charity of choice.