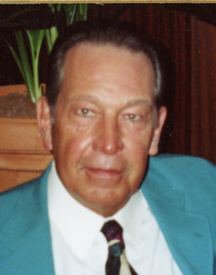 Richard A. “Dick” Born, 73, passed away of natural causes with his loving wife by his side at 4:30 a.m. on Friday, November 6, 2015 in the St. Joseph Regional Medical Center- Plymouth Campus.
Richard was born in a Methodist hospital in Indianapolis, Indiana on December 25, 1941 to Carl J. and Marcile (Holem) Born. He graduated from Bourbon High School with the class of 1959. Dick then attended the International Barber College in Indianapolis, graduating in 1960.
He served his apprenticeship in Bourbon at Becknell’s Barber Shop with Dave Becknell. In 1961, Dick purchased the former Joe’s Barber Shop at 217 North Liberty Street in Plymouth (across from the now Lincoln Junior High School). And there Dick’s Barber Shop began. He barbered alone in his one chair shop for 44 years. A few of his customers wouldn’t let him retire completely and he continued part time for a few more years.
Richard married Janet I. Wallskog on October 22, 1961 in the First United Church of Christ in Plymouth. To this union two sons were born, Brady and Brett.
In his younger years, Dick was an avid golfer and participated in several golf leagues. Janet and he loved to travel and made many trips with friends over the years.
Dick belonged to the Sons of the American Legion in Plymouth, the Plymouth Moose Lodge, a Charter Member of the Plymouth Elks Lodge, the Eagles Lodge and was a 50 years member of the Masonic Lodge.
He is survived by his wife of 54 wonderful years, Janet of Plymouth, and their son, Brady (Lezlee) Born of Aurora, CO. His brother, J. David (Carrie L.) Born of Ogden, UT and nieces and nephews survive as well.
Dick was preceded in death by his parents, his son, Brett, and his in-laws, Bertha and Russell Wallskog.
Visitation will be from 3-6 p.m. on Sunday, November 8, 2015 in the Johnson-Danielson Funeral Home, 1100 N. Michigan Street, Plymouth.
Funeral services will be at 11 a.m. on Monday, November 9, 2015 in the funeral home with Rev. Charles Krieg officiating. Visitation will resume one hour prior to the service in the funeral home.