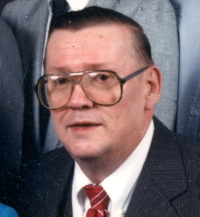 Richard A. Bicknell Sr., 80, a lifetime Indiana resident, passed away at 10:13 p.m. on Tuesday, November 26, 2019, at Center for Hospice in South Bend, IN. Born in Marion, IN on July 16, 1939, he was the son of the late Ed Alvin and Grace Jane (Humphrey) Bicknell. Richard served our country in the U.S. Air Force and National Guard until his Honorable Discharge on May 23, 1958. He pursued his education at Purdue University, receiving his associate degree. He married Esther Sue Leach on March 1, 1964; together they raised four boys, Jeff, Richard Jr., Rob, and Daniel. He worked for Del Monte for over 30 years until his retirement. Not one for passive time, Dick quickly went back to work as a security guard for Ancilla. He was a member of the House of Prayer United Pentecostal Church in Plymouth and served the church by performing maintenance and lawn care. Although a quiet man, Richard enjoyed watching and attending all sorts of auto racing events. His greatest joy was spending time with his wife Esther, and their quiet moments.
Surviving are his children; Della Bicknell of Butler, IN; Richard Bicknell Jr.; Rob and Nikki Bicknell; Daniel Bicknell, all of Plymouth, IN; and stepson Jeff and Donna Leach of Frankfort, IN.; sister, Mary Belle Bicknell of Warsaw, IN eight grandchildren, and five great-grandchildren.
He was preceded in death by his parents, his wife Esther on January 22, 2009, his siblings Jerry Gene Bicknell and Eddie R. Bicknell, Sr. Visitation will be from 2-3 p.m., Saturday, November 30, 2019, at the House of Prayer United Pentecostal Church, 12450 Plymouth-Goshen Trail, Plymouth, IN 46563. Funeral services will follow at 3:00 p.m.
Memorial contributions can be made to the House of Prayer United Pentecostal Church, 12450 Plymouth-Goshen Trail, Plymouth, IN 46563