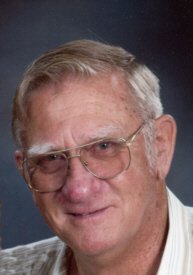 Richard â€œDickâ€ C. Kring, 81, of Plymouth, passed away Friday, September 9, 2016 in the Saint Joseph Regional Medical Center-Mishawaka Campus.
Dick was born July 15, 1935 in Argos, Indiana, to the late Floyd G. and Helen I. (Price) Kring. He graduated from Plymouth High School in 1954. On June 15, 1956 in Argos, Dick married Peggy Pomeroy. The couple shared sixty loving years together and raised two children, Steve and Teri. . Dick retired from NIPSCO after thirty-four years of service where he was a Poly Phase technician. He was a member of the First United Methodist Church, a thirty-six year member of the Moose Lodge 741 in Plymouth and had been a twenty year member of the Special Police in Plymouth. Dick also enjoyed fishing, woodworking, playing cards, as well as umpiring baseball and softball. He also loved to watch his grandkids sports events. Surviving is his wife; Peggy Kring of Plymouth, son; Steve A. Kring of Plymouth, daughter; Teri (Fred) Duell of Middlebury, three grandchildren; Stefani (Matt) Arthur, Danielle (George) Campbell, Brad Duell and Kaila, four great-grandchildren; Haley, Kennadie, Leyton and Georgie. Also surviving is a sister; Phyllis Garrison of Elkhart and several nieces and nephews. He was preceded in death by his parents, and a brother-in-law; Ed Garrison. Visitation will be from 4-7 PM EDT on Tuesday, September 13, 2016 in the Johnson-Danielson Funeral Home, 1100 N. Michigan Street, Plymouth. The Plymouth Moose will be performing a service of tribute for Dick, beginning at 6:00 PM. Funeral services will be at 11:00 AM EDT on Wednesday, September 14, 2016 in the funeral home, with Rev. Toni Carmer officiating.
Private burial will be in the Oak Hill Cemetery at a later date. Memorial contributions can be made to the American Heart Association, 6500 Technology Drive Ste 100, Indianapolis, Indiana, 46278.