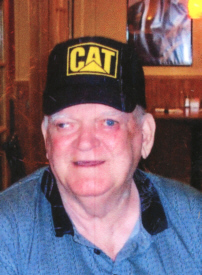 Richard C. “Dick” Morris, 76, a resident of 9A Road for 33 years, passed away in Miller’s Merry Manor, Plymouth, following an illness, at 8:40 a.m. on Saturday, June 8, 2013.
Dick was born in Plymouth on February 24, 1937, the son of Chester James and Lucille E. (Dague) Morris.
He graduated from Tyner High School with the class of 1955 and enjoyed their many class reunions. Dick then attended Valparaiso University on a basketball scholarship and later attended the Ft. Wayne Business School. Dick served as a member of the Indiana National Guard.
On November 2, 1958, Dick and Joyce P. Erickson were married in Tyner. Joyce passed away in July of 2001.
Dick possessed a love for automobiles, motorcycles and speed. In 1957 he embarked on a 50 year career in auto sales. Initially Morris Motors, in 1972 he relocated and expanded to Morris Motors and Car Wash located on Lincolnway East in Plymouth until 1992. He then established Gold Coast Motors and operated until 2007.
Dick was also a race car enthusiast who drove in his early years and was a longtime owner often seen at the Plymouth Motor Speedway. He followed the NASCAR circuit and as an old car and motorcycle collector he was most proud of his 1972 Rolls Royce. For enjoyment Dick simply liked mowing the grass and watching traffic at his home along U.S. 31 in Plymouth.
Dick and his wife Joyce began spending winters in Bartow, Florida and he continued after her passing for a total of 30 years. Dick is survived by two sons, a daughter and families. His sons are: James W. (Monica) Morris of Plymouth and daughter; Kara (Ross) Holland of Pinedale, Wyoming with Dick’s great-grandchildren; Reid and Maci. Joseph R. Morris of Plymouth and his children; Samuel Morris of San Diego, CA, Holly Morris of Aurora, CO, Emily Morris, Sydney Morris and Grace Morris all of Plymouth. His daughter is Julie A. Morris of Plymouth. Ricky Morris, son of the late Michael R. Morris also resides in Plymouth. Two sisters, Joyce (Terry) Kaser, Plymouth, and Joan (Chuck) Labadie, Naples, FL, also survive.
Surviving as well is Dick’s longtime companion, Nila Greenlee of Plymouth.
Dick was preceded in death by his spouse, a son, Michael R. Morris in 2006, and a grandson, Matthew J. Morris, in 2007.
Visitation will be on Tuesday, June 11, 2013, from 4 to 8 p.m. in the Johnson-Danielson Funeral Home, 1100 N. Michigan St., Plymouth.
Funeral services for Dick will be in the funeral home on Wednesday, June 12, 2013, at 10:30 a.m. The Rev. Charles Krieg will officiate.
Entombment will be in New Oakhill Cemetery.
Memorial donations may be made to the Matthew Morris Scholarship Fund, c/o the Marshall County Community Foundation, 2701 N. Michigan St., Plymouth, IN 46563.