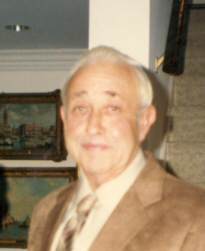 Richard Dale Cox, 77, a lifetime resident of Marshall County, living at 10701 Iris Road and a former resident of Lawrence Lake, died at 4:38 p.m. on Monday, October 9, 2006, in Saint Joseph Regional Medical Center, Plymouth, from complications following surgery.
The son of Elmer and Ilo Stone Cox, Richard was born at home in Plymouth on August 29, 1929. Raised in North Township, he attended the LaPaz school.
On June 10, 1955, in Plymouth, Richard and Nancy R. Roach were married.
He worked most of his life in construction, building homes and working with the crew on several Ponderosa Restaurants.
He had the carpenter skills of a craftsman and could construct or fix anything. A tireless worker, after retirement he never laid his tools down and he continued to work all day, everyday. He was always busy.
Family was Number One in his life and their well being and happiness was his primary goal.
He loved to fish – especially in Lawrence Lake. He also enjoyed camping and was an avid Notre Dame fan.
Involved with the Marshall County 4H Horse & Pony program, Richard, for many years, was a cook at the “Eat Shack” at the Argos Fairgrounds.
Richard is survived by Nancy, his devoted wife of 51 years and by their daughter and son-in-law, Melody S. and Nelson Norton, Plymouth.
Two granddaughters and their families survive as well. They are Brooke E. and Brian S. Eryart of Kokomo and their daughter, Delaney: and Micah M. and Ralph T. Robertson, Plymouth, and their children, great- grandsons, Gabreal and Ashton and great-granddaughter, Gillian.
Two sisters; Thelma Woolley, Plymouth and Mary Nissen, Rochester, survive as well along with numerous nieces and nephews.
Richard was preceded in death by his parents and four sisters: Mildred Servis, Patricia Dixon, Irene Pontius an infant sister, Gracie Cox and a brother, Donald Cox.
Friends will be welcomed by the family to celebrate the life of Richard on Thursday, October 12, 2006, from 3 to 7 p.m. in the Johnson-Danielson Funeral Home, 1100 N. Michigan St., Plymouth. Friends may also call at the funeral home after 7 a.m. on Friday.
Funeral services for Richard will be held at 10 a.m. on Friday, October 13, 2006, in the funeral home.
The Rev. Charles Krieg, pastor of the Salem United Methodist Church, Bremen, will officiate.
Burial will be in Oakhill Cemetery.
Memorial gifts in Richard’s name may be made to the Riley Children’s Hospital, Indianapolis or to the 4H Horse & Pony Building Fund.