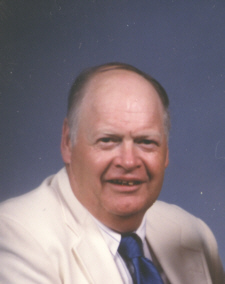 RICHARD DALE “DICK” FREEMAN
May 16, 1939 – April 3, 2006
PLYMOUTH – Richard Dale “Dick” Freeman, 66, a Marshall County Resident for the past 42 years, coming from Kosciusko County, died, following an illness, in Memorial Hospital, South Bend, at 11:30 p.m. on Monday, April 3, 2006.
Dick had lived at 700 S. Second St., Plymouth.
He was born on May 16, 1939, in south Bend, the son of Dale D. and Eva B. Priser Freeman.
He graduated from Warsaw High School with the class of 1958.
From 1962 until 1964, Dick served in the United States Army.
On September 20, 1964, in Warsaw, he and Cheryl Lynn Rosbrugh were married.
Dick and his father owned and operated Freeman Construction.
A man of many interests, he enjoyed painting, watching movies and working puzzles.
A member of the National Rifle Association, he enjoyed guns and participating in target practice.
He was a C.B. radio enthusiast and a fisherman. One of his favorite pastimes was teaching his grandchildren how to fish.
He liked reading spiritual literature and reading his Bible. A member of the Full Gospel Business Men’s Association, Dick attended the Plymouth Baptist Church.
He is survived by his wife, Cheryl, and by their four children. They are Cathy and Tom Jolly, David and Stefanie Freeman, all of Plymouth, and Christy and Stan Murphy, Bremen and Daniel and Tara Freeman, Plymouth.
Dick’s mother, Eva B. Freeman, Warsaw, and six grandchildren survive as well. His granddaughters are: Brittany Jolly, Cayla Jolly, and Izabell Freeman, all of Plymouth, and Catara Murphy, of Bremen. His grandsons are Nathan Jolly and Spencer Smith, both of Plymouth.
Dick was preceded in death by his father, Dale, who died on February 4, 2003.
Friends will be welcomed by the family at the Johnson-Danielson Funeral Home, 1110 N. Michigan St., Plymouth, from 4 to 8 p.m. on Thursday, April 6, 2006, and at the church for one hour prior to the service on Friday.
Funeral services will be held on Friday, April 7, 2006, at 11 a.m. in the Plymouth Baptist Church, 11345 9A Road, Plymouth. Rev. Doug Jividen and Rev. Jim Repp, pastors of the church, will officiate.
Burial will be in New Oakhill Cemetery, Plymouth.
Memorial gifts in Dick’s name may be made to the Plymouth Baptist Church or the Bremen Health Care Center.
Letters of condolence and the sharing of memories may be sent to the family via www.johnson-danielson.com