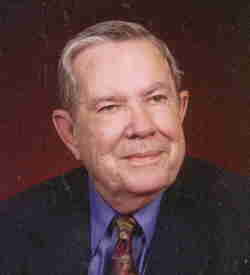 Richard D. “Dick” Lightfoot, 81, a lifetime resident of Michiana, passed away suddenly on Monday, September 16, 2013 at 5:02 p.m. in his home of natural causes.
Richard was born at home in North Liberty, Indiana on December 23, 1931, the son of Nelson B. and Cecile R. (Day) Lightfoot, who preceded him in death. He graduated from Lakeville High School in 1951, and attended Ball State and Bethel College for four years.
On September 20, 1952 Richard married Marilyn J. Huffman, who survives him.
Richard served in the U.S. Navy from 1952-1955 in the position of corpsman. He was employed by Shippers Dispatch from 1958 – 1980 as personnel director. He owned Kelly Tire Business from 1980-1987 and was employed as an instructional assistant for emotionally handicapped children in the JESSE program from 1988-1997, after which time he retired.
His children are Rebecca S. (Wayne) Stockman of Plymouth and Jeff D. (Andrea) Lightfoot on Carmel, IN. Having a great love of children, he was dedicated to his grandchildren: Alan (Eutemia) Stockman of Greenwood, IN, Kristi (Eric) Kavicky of Memphis, TN, Katie (Steve) Bare of Plymouth, and Connor Lightfoot of Carmel. In addition he was blessed with getting to know his great-grandchildren: Rhebeca, Kael, Kaleb, and Isabella Stockman, Jacob and Josh Kavicky, and Tyler and Caden Bare.
He is survived by his sister, Helen Ruth Wiegand of Lakeville. His brother, Robert (Jean) Lightfoot of Lakeville, preceded him in death. Many nephews and nieces enjoyed his subtle sense of humor.
Richard was forever an enthusiastic fan of Notre Dame Football, Indiana University basketball, and followed generations who loyally followed the Cubs and was very interested in his nephew’s career as basketball coach at Bethel College. He was a man who loved his home, was a stabilizing force of kindness, generosity and knowledge about anything happening in society.
Visitation will be from 4 -8 p.m. on Thursday, September 19, 2013 in the Johnson-Danielson Funeral Home, 1100 N. Michigan Street, Plymouth.
Funeral services, officiated by Mike Lightfoot, will be on Friday, September 20, 2013 at 11 a.m. in the Plymouth Wesleyan Church, 11203 S. Michigan Road, Plymouth, Indiana 46563. Burial will immediately follow in the New Oakhill Cemetery with Military Honors provided by the U.S. Navy Honor Guard.
A luncheon and time of fellowship will then follow at Plymouth Wesleyan Church.
Memorials may be made to Bethel College Basketball Program 1001 Bethel Circle, Mishawaka, IN 46545 or the Plymouth Wesleyan Church.