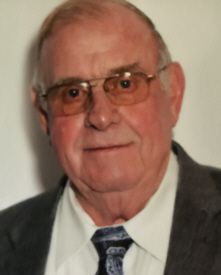 Richard D. ï¿½Dickï¿½ Olds, 74, of Plymouth passed away early Saturday morning at his home after having been diagnosed with a rapid form of cancer.
Dick was born in Pulaski County, Indiana on January 3, 1942, the youngest of eight children born to Earl H. and Clara M. (Hamilton) Olds.
He graduated from Grovertown High School with the Class of 1960 and just by chance that summer met a young lady from Indianapolis, Mary M. Patterson, who came to the area to babysit for her aunt. The couple was married on July 29, 1961 in Indianapolis and made Plymouth their home.
For fifteen years, Dick did construction and factory warranty work in the mobile home industry for Ritz-Craft in Argos and Holly Park Homes in Shipshewana. In 2009 he retired after nearly 30 years with the City of Plymouth. First with the street department and then as assistant superintendent of Oak Hill Cemeteries.
He enjoyed going to sales where he bought and restored many antique pieces of furniture and became quite creative in fixing things with replacement parts.
He was a former member of the Eagles Lodge and current member of the Plymouth Loyal Order of the Moose.
Dick took a great interest in peopleï¿½s lives, especially his familyï¿½s. They enjoyed annual fishing and camping trips to Barbee Lakes.
Surviving is his wife, Mary, of 54 years, a daughter, Jennifer L. Olds, of Plymouth and children: Matthew D. Wentz, Kayla D. Wentz and Mariah L. Tepper, a son Richard D. ï¿½Richï¿½ and his wife Karen Olds of Etna Green and their children: Ashley R. (Danny) Olds, Amber R. Koebcke, J.D. Walton, Sara L. Olds, Ashley K. (Todd) Marchlewicz and Danielle L. ï¿½Daniï¿½ Olds as well as six great-grandchildren.
Dick has three sisters who survive: Amanda Lidgard of Mishawaka, Helen (Allen) Mechling of Michigan City and Marceil Swanson of South Bend along with numerous nieces and nephews.
He was preceded in death by his parents and siblings: Charles, Claude, and Carl Olds and Marlene Peddycord (a twin to Marceil).
Visitation will be held on Tuesday, May 31st from 4 ï¿½ 8 p.m. in the Johnson-Danielson Funeral Home 1100 N. Michigan St., Plymouth where services will be held Wednesday, June 1st at 11 a.m. with Rev. Charles Krieg officiating.
Internment will be in the New Oak Hill Cemetery in Plymouth.
Memorial gifts may be given to the Center for Hospice Care 112 S. Center St., Plymouth, IN 46563.