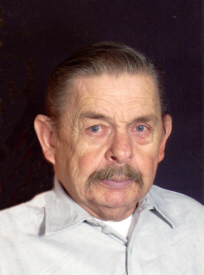 Richard Dean Zook, 74, a resident of Argos since 1988, passed away early Wednesday, December 28, 2016 in his residence. Dean was born September 20, 1942 in Bringhurst, Indiana, to the late Clarence R. and Gail (Hefner) Zook. He graduated from Flora High School in 1960. In 1966 he enlisted in the United States Army and was honorably discharged in 1968. On January 5, 1965 Dean married Sondra K. Jester; she passed away February 8, 1976. He then married Judy McMahel Williams on August 17, 1976; and she survives. Dean retired due to an illness in 2003 from Pioneer Hybrid after thirty-five years of service.
Dean and Judy traveled all over the United States on motorcycles. Deans favorite thing to do was sponsor motorcycle racing with his grandson; Brandon Pippenger. Brandon raced and grandpa was his pit-crew. Every weekend in the summer, they were at a track somewhere. Surviving is his wife; Judy Zook of Argos, four children; Jamie (Bob) Kendall of Winamac, Carmel (Scott) Samuels of Argos, Don Williams of Argos, Ron (Cathy) Williams of Tyner. Also surviving are his grandchildren; Brandon (Ashley) Pippenger of Argos, Kyle Samuels of Argos, Alisha (Richie) Ritter of Argos, Kelsey Williams of Tyner, Matt Zook of Lafayette, Nikki Zook of Lafayette, Oscar Zook of Winamac, Seth Williams of Rochester, Mike (Heather) Williams of West Lafayette, Makayla Kendall of Winamac, Ethan and Aiden Samuels of Argos, and ten great-grandchildren.
Dean was preceded in death by his parents, first wife and one sister.
Visitation will be on Saturday, December 31, 2016 in the Johnson-Danielson Funeral Home, 1100 North Michigan Street, Plymouth from 12-3 p.m. There will be no formal funeral service. Burial will take place at a later date in the New Oak Hill Cemetery. Memorial contributions can be made to the Center for Hospice, 112 South Center Street, Suite C, Plymouth, Indiana 46563.