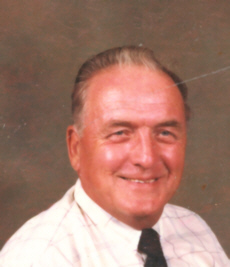 Richard E. Ketcham, 85, passed away in the St. Joseph Regional Medical Center, Plymouth after becoming suddenly ill at home. Richard has made his home with his wife on the Samuels family homestead located on 11A Road, Plymouth.
He was born the son of Ernest A. and Charity Olive (Freet) Ketcham on February 25, 1924 in Grovertown, Indiana and lived most of his life in the Plymouth area.
On December 25, 1942 in Knox, he married Dollie M. Samuels and enjoyed nearly 67 wonderful years together. She survives along with five children and their families; 12 grandchildren and 19 great-grandchildren. They are; Lon and Nancy Ketcham of Irvine, CA, Marcia Allen of South Bend, Larry and Julie Ketcham of LaPorte, Ind., Della and Chuck Watson of Argos, and Nancy and Keith Hayes of Plymouth.
Three sisters; Dorothy and Glen Johnson of Alaska, Betty Dilts of Plymouth and Helen Ross of Grovertown also survive with numerous in-laws and nieces and nephews.
He was preceded in death by his parents, a son John, two grandsons, five sisters and three brothers.
Richard spent three and half years in the U.S. Army, serving most of this time overseas. He was in five major battles, which earned him a large number of medals. He was a longtime member of the Knox American Legion Post.
A lifetime member of the Eagle Creek Church, he served as song leader, board member and was eager to assist where he was needed. He loved the Lord and served him faithfully.
Friends may call from 3 – 5 p.m. Sunday, August 9, 2009 in the Johnson-Danielson Funeral Home, 1100 N. Michigan St., Plymouth. Services will be held on Monday at 11 a.m. in the funeral home, Pastor Ed Hasnerl will officiate. Burial will follow in the Gross Cemetery located on West 12th Road, Plymouth, where members of the American Legion Posts will accord honors.
Memorial gifts may be given in Richard’s memory to the Marshall/Starke Development Center, 1901 Pidco Drive, Plymouth, Indiana 46563.