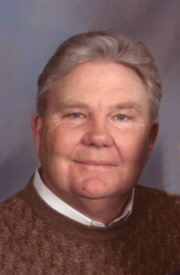 Richard Sterling Frid, 66, passed away in his home surrounded by his loving family at 9:50 a.m. on Monday, June 17, 2013.
Richard was born to William V. and Ingrid L. (Gustafson) Frid on March 15, 1947 in Lansing, Michigan. He played football for and graduated from Warsaw High School in 1965. He played Division One Football at Indiana State before transferring to Purdue University.
On June 1, 1968 Richard married his high school sweetheart, Kathryn Anna Lee, in Warsaw and together they shared 45 wonderful years together.
Richard worked in the T.V. and radio business in announcing for sports and commercials, as well as, a general sales manager. He worked for WCTA, WSJV TV and WRSW-Warsaw Radio through the past 40 years before retiring in 2005. He also worked for Wal-Mart until 2012. He was an announcer during the Blueberry Festival for little league baseball for over 20 years. He was very involved in local sports and was a little league football coach from 1980-1990.
Richard was baptized on May 30, 2013 by Pastor Ruth Yoder.
He had a commanding personality and “when he walked in the room, you knew he was there.” He had an excellent vocabulary and knew about everything.
He is survived by his wife, Kathy, of Plymouth and his children: Jackie (Rod) Eveland of Plymouth and Jason Frid of Argos; sisters, Cheryl Frid of Warsaw and Marion Frid of Ft. Wayne; his mother-in-law, Mary Lee of Warsaw; 4 grandchildren: Emily, Cam and Cooper Eveland; granddaughter Bella Kay Frid of Plymouth.
Richard was preceded in death by his parents, son, Joseph, and father-in-law, Judge Gene B. Lee.
Friends are invited to visit with the family and share memories of their times with Richard on Thursday, June 20, 2013 from 4 to 7 p.m. at the Plymouth Church of the Brethren, 1130 N. Michigan Street, Plymouth.
Funeral services, officiated by the Rev. Ruth Yoder, will be held following visitation at 7:00 p.m. in the church.
Memorial gifts may be made to Plymouth High School Athletic Department, One Big Red Drive, Plymouth, IN.