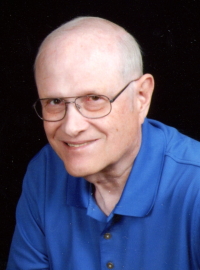 Richard J. (Dick) Webster, age 72, passed away and entered his eternal home in heaven on October 28, 2019. Dick was born in Kankakee, IL to J. Vincent and Betsy L. Webster on June 19, 1947. The oldest of three children and the only boy, Dick was very interested in Boy Scouts and youth activities at Asbury United Methodist Church in Kankakee. Special to him were summers staying on the farm at his aunt and uncle’s house in Iowa, and farming with his cousins and uncle. Friendships were made during his years at Kankakee Schools through his junior year in high school, but when the family moved to Newark, OH, he graduated with the class of 1965 in Newark.
Dickâ€™s college years (1965-1969) were spent at Ohio University, Athens, OH, graduating with a BS in Industrial Technology. His education would be completed in 1977 with a Master of Science degree in Business from Indiana University, South Bend. He worked as an industrial/manufacturing engineer in Columbus, OH and in LaPorte, Mishawaka, and Elkhart, IN until retiring in 2005.
Dick loved airplanes and anything having to do with flying, which also included skydiving. He received his pilotâ€™s license in 1971.
His love for the American Red Cross began while a student at OU. His active membership for more than 50 years included being a first aid and CPR instructor, first aid state coordinator, board member, disaster instructor, responding to both local and national disasters. He was also with the National Ski Patrol for 35 years, doing rescue work primarily at Royal Valley, Mt. Wawasee, and Swiss Valley ski areas.
His last big hobby interest was with amateur radio, becoming a general class operator in 2015.
Dickâ€™s quiet, calm personality and love and devotion for his Lord and Savior, Jesus Christ, guided him through many life challenges. He was a loving and involved father to his daughter, Betsy, as she grew up. He was an involved member of Good Sheppard UMC in Granger, IN.
In 1999 he married Beth (Shaffer) Shively of Plymouth and spent 19 years in Bremen, IN. He remained active in the Bremen United Methodist Church. Dick valued his friendships there and was willing to lead and help wherever he was needed. In 2017, he and Beth moved to New Albany, IN to be closer to his daughter and her family. He was a proud grandfather and loved his grandchildren very much. Dick was a member of Wesley Chapel United Methodist, Floyds Knobs, IN until his passing.
Survivors include his wife, Beth, his daughter Betsy (Mark) Downs of Georgetown, IN with their daughters Becca and Chelsea; his son, Michael Shively of Niles, MI; grandson Seth Shively and granddaughter Morgan Shively also survive. A very special part of his heart was the love for his sisters Jane (John) Eyler of Aiken, SC and Nancy (Dirk) Porter of Roseville, CA. He also has 3 remaining nephews and one niece.
Dick is preceded in death by his father, J. Vincent Webster, his mother, Betsy L. Webster, and several favorite aunts and uncles from Iowa.
Visitation for Dick will be at Johnson-Danielson Funeral Home, 1100 N. Michigan Street, Plymouth, IN on Friday, November 1, 2019, from 5 p.m. until 7 p.m. Visitation will resume on Saturday, November 2, 2019, from 12 noon until the service at 1 p.m., at the funeral home. Rev. Jeff Smith, pastor of Remington United Methodist Church, will officiate. Burial will follow at New Oakhill Cemetery, Plymouth.
In lieu of flowers, memorials may be made to the American Red Cross, Wesley Chapel United Methodist Church, 2100 US 150, Floyds Knobs, IN 47119 or Youth for Christ USA, P.O. Box 4478 Englewood, CO 80155, deposit account #30923