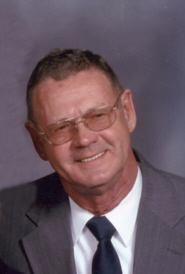 Richard L. Davenport, 61, of 15482 Muckshaw Rd., Plymouth, died in his home of natural causes at 2:50 A.M.on Saturday, August 6, 2005.
Ill with cancer for some time, Richard and his entire family – including his daughters and son-in-laws and 10 grandchildren, went on a family vacation together to Gatlinburg, Tenn. They had a wonderful time building memories for the whole family. They returned home a week ago.
Richard was a caring, loving husband and father. He was known as being light-hearted with a great sense of humor.
Born in Mishawka, Ind., on May 2, 1944, Richard was the son of Raymond and Beatrice Henry Davenport. He attended Plymouth High School and graduated with the class of 1962.
On September 6, 1963, he and Lorraine Kay Martin were married.
Richard retired as Transportation Director from the Argos School Corp. in 2001, following 23 years of service.
He also drove a Triton school bus, was an Amoco distributor for ten years and an Argos Emergency Medical Technician, for approximately four years.
He loved to fish, especially with his grandchildren. They were the apples of his eye. He was happiest when playing with the children. His grandchildren are: Bryant Davenport; Tyler, Allyson, Dustyn and Crystal Brown; Matthew and Kaitlyn Hollar, Courtney, Morgan and Emma Dunlap.
He attended the Walnut Church of the Brethren.
Richard is survived by Lorraine, his wife of almost 42 years and by their three daughters. They are: Christine Hollar, Argos, Pamela and Dan Brown, Plymouth and Londa and Troy Dunlap, Tippecanoe.
A brother, Don and Sandy Davenport and two sisters, Dorothy and David England and Doris and Robert Pranger Jr., all of Plymouth, survive him. Dick is also survived by his father and mother-in-law, Gerald and Kathleen Martin, Tippecanoe, Indiana.
He was preceded in death by his parents.
Friends will be welcomed by the family to call at the Johnson-Danielson Funeral Home, 1100 N. Michigan St., Plymouth on Monday, August 8, 2005, from 3 to 8 p.m., and at the Walnut Church of the Brethren, one hour prior to funeral services on Tuesday, August 9, 2005.
The Rev. Tony Schneiders, pastor of the Walnut Church of the Brethren, 19056 Gumwood Road, Argos, will conduct the funeral service for Richard at 11 a.m. on Tuesday, August 9, 2005.
Burial will be in New Oakhill Cemetery, Plymouth.
Memorial contributions in Richard’s memory may be made to the Walnut Church of the Brethren, or the Marshall County Hospice.