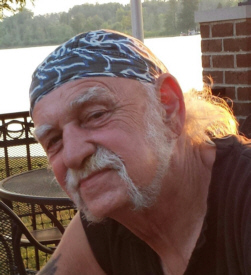 Richard L. Milton, 68, of Lapaz and formally of Nappanee, passed away Thursday, April 27, 2017 in the Community Hospital of Bremen.
Richard was born August 28, 1948 in Plymouth, Indiana, to the late Roy and Vivian (Crippin) Milton. He served and was honorably discharged from the United States Army.
Richard had worked for Burkholder Lumber in Nappanee, as well as C & C Fiberglass, Inc. in Bremen. He loved watching NASCAR, gardening, and building his own cars. Surviving is his partner; Kim Correll of Lapaz and formerly of Nappanee, son; Richard W. Milton of Etna Green, daughter; Tammy Ketcham of Plymouth, five grandchildren. Also surviving are his five siblings; Patricia Shumaker of Arizona, David Milton of Ohio, John Milton of Donaldson, Phil Milton of Plymouth, and Mike Milton of Plymouth.
Richard was preceded in death by his parents.
No services are planned at this time.