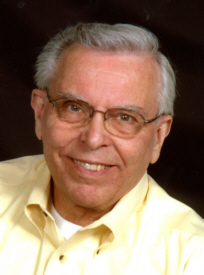 Richard Mendler Campana, 83, of Plymouth, passed away Sunday, November 20, 2016 in his residence.
Richard was born January 6, 1933 in San Francisco, California, to the late Don and Helen (Mendler) Campana.
Richard served in the United State Navy and was honorably discharged in 1954. He retired from HI-TECH DURAVENT in 1992 after eleven years of service. He was an avid San Francisco 49â€™ers fan and also enjoyed the San Francisco Giants. He is survived by two children; Craig Campana of Plymouth, and Kelly Guillot of Pineville, Louisiana. Also surviving are his three grandchildren; Lindsay Romwalter, Derrick Campana, Denice Guillot, and one brother; Robert Campana, Murphys, California, and his cat, â€œButtonâ€ who enjoyed having around. Richard was preceded in death by his parents. A memorial service will be held Friday, November 25, 2016 at 6:00 PM in the Johnson-Danielson Funeral Home, 1100 North Michigan Street, with the Rev. Charles Krieg officiating. The family will receive friends from 5:00 PM until time of service on Friday at the funeral home. Memorial contributions can be made to the Marshall County Humane Society, 11165 13th Road, Plymouth, Indiana 46563.