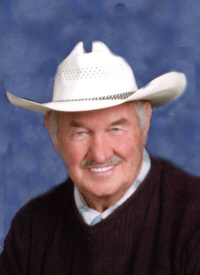 Richard â€œPaulâ€ Costello has gone home to be with the Lord and his beloved Mom, Dad and infant son, Jeremy Patrick. Paul entered eternal life at the age of 78 on the family farm west of Plymouth where he had lived and worked since 1954. There he had also cared for his aging parents for many, many years.
He was born in Charlotte, Iowa on November 7, 1937 to loving parents Ella T. (Oâ€™Brien) and Valery J. Costello. Paul was the seventh of ten children, his siblings are: James J. & Evelyn Costello of Charlotte, Iowa, Michael T. (deceased) & Imogene Costello of Clarksville, TN, Gilbert P. Costello of Colorado, Eileen T. (Murray) Noonan & Patrick of Knox, E. Marie Leenknecht of Moline, IL, John V. & Lorie Costello of Branson, MO, Baby Sister (deceased), L. Ralph & Fern Costello of Plymouth, and Donald E. & Ruth Costello of Bolingbrook, IL. Numerous nieces and nephews, great and great-great also survive.
While in Illinois, Paul played football and became a State wrestler. He then graduated from West Township High School with the Class of 1957 where he played basketball. Paul joined his brothers in Costello Bros. Auction Service for many years. He was a kind and caring man who loved both buyers and sellers and they loved him back. He became quite famous as a Plymouth School Corporation driver, who dearly loved â€˜hisâ€™ children. Paul was a great â€˜storytellerâ€™ and told many of his bus driving days.
Paul was a devoted member of St. Michael Roman Catholic Church and faithfully attended 7:30 Mass every Sunday. He held membership in the Knights of Columbus â€“ Fr. Tremmel Council #1975 in Plymouth and the Plymouth Moose Family Center #741.
He is survived by two wonderful sons whom he talked about often; Richard J. & Sarah Costello of South Bend, IN and Jonathan P. & Rachelle Costello of Ft. Collins, CO.
Visitation with the family will be held on Friday, November 11, 2016 from 3 â€“ 8 p.m. in the Johnson-Danielson Funeral Home, 1100 N. Michigan St. Plymouth. A celebration of the Mass of Christian Burial will be at 11 a.m. on Saturday, November 12th in St. Michael Catholic Church, 611 N. Center St., Plymouth. Fr. John Korcsmar CSC will officiate. Paul will be laid to rest next to his parents in the New Oak Hill Cemetery, Plymouth.
In lieu of flowers, memorial contributions may be directed to St. Michael Catholic Church, 612 N. Walnut St., Plymouth, IN 46563 or Masses for Paul and his Mom and Dad.
The Costello Family would like to thank the Marshall County Police, Prosecutor and Indiana State Police for their kindness and professionalism during this difficult time.