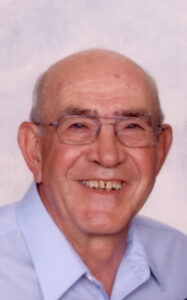 Richard Rex Bean, 70, a resident of King Road, Bremen, died following a valiant battle against cancer. A longtime public accountant, he passed away at 5:30 a.m., Friday, April 20, 2012, in the comfort of his home and family.
Dick was born in South Sioux City, Iowa on March 23, 1942 the son of Rex Vivin and Ethel Irene (Stewart) Bean.
He graduated from Hubbard High School, Nebraska with the class of 1960, having lettered in basketball, football and baseball. He furthered his education at Midland Lutheran College in Fremont, and a semester at his beloved Nebraska University. On August 17, 1963, in Fremont, he married his college sweetheart, Laurene E. Havekost she preceded him in death on June 3, 2000.
On September 22, 2001, at the Plymouth Church of the Brethren, Dick and Jan E. Boos were married.
Dick first worked for Reith-Riley in Illinois and Ohio as an accountant. In Plymouth he entered a partnership with Jack Samuels doing business as Samuels and Bean, Public Accountants, from 1969 until this present tax season as he was known for his loyalty and commitment to his clients.
An outdoorsman, he enjoyed wood working, reading and collecting, pens, lighters and pencils. He was a huge Nebraska football fan.
A family man, he loved his children, grandchildren and enjoyed gatherings of family and friends.
Richard was an avid cattleman, raising market and show cattle almost all of his life which became a family interest. Dick supported the Marshall County 4-H programs as beef superintendent and as a member of the 4-H Fair Board. He was president of the I.S.P.A. many times on the state and county levels and served on national committees for Accounting. He also served the community by serving as a Union-North United School Board member. A member of the Lutheran Faith, he attended the Plymouth Church of the Brethren.
Richard is survived by his loving spouse, Jan, and his daughter Michelle L. (Chuck) Sellers of Bourbon, and their children, Chad, Derek and Krystal.
Surviving also is his son Robert L. (Sharon) Bean, and their children, Kyle and Tyler, of Platte City, MO.
A step daughter, Carey (Sonny) Personette and their daughter Samantha of Argos, and two step-sons Craig (Jane) Houin with their children Aubree, Garrett & Tristan of Nashville, Ohio, and Troy ( Jennifer) Houin and their son Justin of Plymouth, survive as well, along with a sister and brother-in-law Carolyn (Jim) Starks of Dakota City, Nebraska.
Dick was preceded in death by his parents, his first wife, Laurene, and two brothers, Herb and Robert Bean. Visitation will be held on Monday, April 23, 2012, from 3 to 8 p.m. in the Johnson-Danielson Funeral Home, 1100 N. Michigan St., Plymouth. Visitation will continue 1hour prior to funeral services which will be held at 11 a.m. on Tuesday, April 24, in the Plymouth Church of the Brethren, 1130 N. Michigan St. Burial will follow in the Mt. Pleasant Cemetery, Bourbon.
In lieu of flowers, memorial gifts are suggested to the Marshall Co. 4-H Beef Program, the LaPaz Lions Club or The Center for Hospice Care.