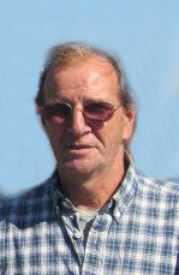 Richard T. Beebe, 69, passed away early Sunday morning May 1, 2016 in his home with his care giver and longtime friend, Heather McLeod, by his side, after a long battle with cancer. He was born on January 18, 1947 to Albert and Frances Beebe in North Liberty, Indiana. He graduated from North Liberty High School.
Richard served in the U.S. Army National Guard as a Ranger in the 151st Infantry for 10 years. He worked hard all of his life, retiring from the Gibbs Wire & Steel Plant as operations manager for 18 years. He enjoyed going to the casinos, playing Texas holdem, cook outs, big home cooked meals and spending time with his friends.
Rick is survived by his daughter, Theresa (Mike) Roush; his 3 grandchildren: Josh (Jessie) Hill, Ricki (Kris) Hill-Cooper and Ashley Roush; 3 beautiful great-granddaughters Kaydence, Gracie and Raegan; brothers: Ernie Beebe, Jim Beebe, John (Deb) Beebe; and sisters, Mary Beebe and Dorothy (Bill) Grahm.
Rick was much loved and will be missed by many, including his dog, Buddy.
He is preceded in death by his parents, wife Rebecca Beebe, and sisters Beverly and Barbara Beebe.
There will be no services at this time. Memorial contributions can be made to SCAN (Stop Child Abuse and Neglect), 500 West Main Street, Fort Wayne, IN 46802-1406.