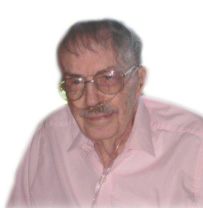 Richard W. “Dick” Bottorff, 94, a resident of 6B Road in Plymouth, passed away at his home on Sunday, February 12, 2012 at 3:30 p.m. of natural causes. Dick was a lifetime Tyner area resident who was known for his entrepreneurial spirit and quiet determination.
Dick was born the son of Floyd R. and Wilda (Sheaks) Bottorff on August 22nd 1917 in Tyner, Indiana. He was raised with his two brothers and graduated with the Tyner Class of 1935.
On June 22nd 1940 in Chicago, Dick took as his bride the former Pauline A. Gluck. Together for nearly 60 years, they raised two daughters, operated several businesses and traveled until her sudden passing on January 1st 2000.
During WWII, Dick drove a truck for the Bendix Corporation in South Bend. In 1946 he bought a gravel truck and loader and became self-employed for the first time hauling gravel and sand until 1950. In 1953 he and Pauline assumed the ownership and operation of the Culligan Soft Water Service in Plymouth for five years selling to the Adams brothers. They were the owners of the “King Pin” Bowling Alley building from 1958-63. In 1959 they took ownership and operation of the Marshall County Community Sale Barn at the north edge of Plymouth until it caught fire and burned in September of 1963. In 1965 they built and owned the building at 401 E. Jefferson Street which was home to American Optical & Cabot Safety Co. until just this past year.
Dick was a proud member of the Teamsters Local 364 in South Bend and loved to drive the “16 wheelers”. From 1972 – 1978 he held his favorite job of driving an oil tanker for Ruan Trucking Co. in South Bend. He received a “Safe Driving Award” for six years – accident free.
If Dick Bottorff wasn’t good at something he dropped it and never looked back, like the last night he bowled…following a bad game, he and his brother John drove to the Yellow River and deposited his ball in the drink. It was time to move on to something else. He and Pauline never tired of fishing and looked forward to their annual trip into Canada.
He was a 32nd Degree Mason and served in many offices.
Dick loved to share stories with his two daughters and their families. They are: Diane C. (Harry) Eskridge of Plymouth and Sandy J. Smith of Mishawaka. Grandchildren include; Mindy A. Nickel (deceased), Ashley Anne Smith of Mishawaka and Colby John Smith of Seattle, Washington. Two brothers also survive; Floyd “John” Bottorff, Jr. of Koontz Lake and William “Bill” Bottorff of Plymouth along with several nieces and nephews.
Family services will be held this week. It is asked that memorial gifts be made to the Center for Hospice Care, 112 S. Center Street, Plymouth, IN 46563 to further the assistance they provide so many families.