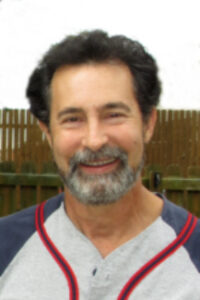 On November 6, 2016, surrounded by family in his home, Rick quietly passed away at the age of 62. Rick was born in Plymouth, IN on December 27th, 1953 to William and Martha Boyer. Raised in North Township, Rick attended LaVille High School, where he excelled in football and track, and for many years, held the schools pole vaulting record. In September 1972, Rick married Mary Ann Servis, and together they had a son, (Toby) in March of 1973. During that same year, Rick started working for A.M. General. During the early 90’s, Rick started a D.J. business, named Red Line Sound, where he and his family got people dancing for their wedding reception, and social gatherings. After 20 years, Rick and Mary parted ways. Rick had relationships throughout the years, before meeting and eventually marrying Chun Yan Wang. In 2012, after 39 years of service for UAW Local 5, Rick retired from A.M. General. Rick and Chun Yan spent time traveling in China and Florida, before eventually settling down in Chelsea, Alabama in June 2015. Rick and Chun Yan enjoyed spending time together cooking in their new home, and watching the sunset upon Alabama’s rolling hills and trees. Some of Rickâ€™s hobbies included shooting a mean game of pool, listening to the Blues while enjoying a cigar, and building various carpentry projects.
Rick was preceded in death by his father William, and sister, Claudia. Rick is survived by his mom Martha of Bremen, son Toby, wife Chun Yan, nephew, Jesse and wife Penny and their son Noah Boyer and ex-wife Mary.
A memorial gathering to remember the life of Rick Boyer will take place on Friday, November 18th from 5 â€“ 7 p.m. at the Community Gospel Church located at 68893 SR 331 in Bremen.