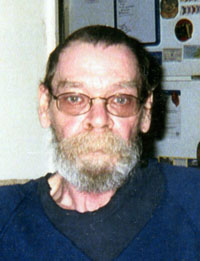 Rickie E. Samuels, 61, passed away in his home with his family near at 1:25 p.m. on Sunday, December 24, 2017 after a battle with lung cancer.
Rickie was born in Plymouth, Indiana on January 10, 1956 to Tommie E. Samuels and Dorothy O. Thomas.
On Sept 20, 1974 in Plymouth, Rickie married the former Becky L. Elkins.
He joined the National Guard and served for 10 years.
Rickie worked for Fairmont Homes as RV production and later as a truck driver.
He enjoyed tinkering with lawn mowers, going fishing and being outside any chance he could.
He is survived by his wife, Becky of Bourbon; daughter, Jennifer Samuels of Bourbon; son, Jeffery E. Samuels of Plymouth; his mother, Dorothy Thomas of Plymouth; and grandchildren, Austin Brandenburg and Annabelle Samuels.
His siblings are: Chuck Wallick, Gary Wallick, Wayne Samuels, Harold Samuels, Tena Marie Guard, Debra Woodward, Shelby Purdey and Kent Samuels.
He was preceded in death by his father, Tommie Samuels and brother, Tim Samuels.
Per Rickieâ€™s request, no services will be held.