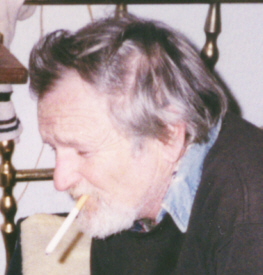 Robert Dean “Bob” Morris, age 67, of N. Main Street, passed away at 12:30 a.m. on Friday, February 22, 2013 at the Woodlawn Hospital. Bob was born in Plymouth on April 11, 1945 to Charles Chester and Luella Christina (Sykes) Morris.
He worked at Dimmitt’s Auto Salvage, working on cars and finding car parts. In his free time, Bob did electrical and welding work.
Bob loved country western music and Johnny Cash and Elvis Presley. He spent a lot of his time working on cars in his garage. He loved to throw house parties and gather with friends. He was an avid NASCAR fan, especially of both the Earnhardt drivers. Bob owned a stock car that he raced on the track here in Plymouth and at the New Paris Speedway.
He is survived by a three nieces: Velna Stettler of Plymouth, Jennie Wilder of Fishers, and Janet Bell of Wynona Lake; three nephews: Lynn Morris of Plymouth, Joseph of Morris, and Jim Goddard of Leesburg; sister-in-law, Joyce Morris of Plymouth; and a friend, Tammy Gross of Rochester.
Bob was preceded in death by his parents, a sister, Maxine Gall and three brothers: Donald, Dale “Bing” and Richard Morris.
There will be no services for Bob at this time. Burial in the New Oakhill Cemetery will be at a later date.