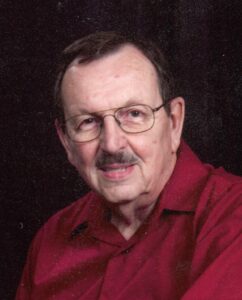 A Celebration of Life will be held on Saturday, May 22, 2021 at 11 a.m. at Johnson-Danielson Funeral Home, 1100 N. Michigan Street, Plymouth. Friends are welcome one hour prior.

Born in the old Parkview Hospital in Plymouth on New Year’s Day 1926, DeVon was the son of Charles R. and Mabel M. (Banks) Thomas. He graduated from Plymouth High School in 1944, leaving for Army basic training four days after graduation. A sports enthusiast, he played football and basketball in school and was a member of the band playing trombone. At the time of his passing, he was the oldest member of the First United Methodist Church.

DeVon was a Pilot paper boy at age 10 and then an apprentice pressman at 17 and for one year after his military service. He was employed at Bendix before becoming a Railway Mail Postal Service clerk in 1951 and transferring to the South Bend Post Office until his retirement in 1981. In his spare time, he assisted in his father’s business of painting houses and wallpapering. He drove as a lab courier for the hospital until 2007. He attended Ancilla College in 1990 to take courses in Introduction to Data Processing and Computer Programming. He wrote his autobiography and his wife’s biography. He also learned to fly a plane in 1958. Fishing was a great source of relaxation and joy for him.

DeVon proudly served for our country in the U.S. Army during World War II from June 1944 until his honorable discharge in 1947 with the rank of a Tech-5. He was a member of the Indiana National Guard from 1948 – 1952, discharged with the rank of E-7 Infantry. During WW II he was wounded in Germany, received the Purple Heart and was reassigned to the War Crimes Investigation Unit in Gmunden, Austria. There he met Herta Mayr at a Red Cross Dance and fell in love. After two years of courting her, her parents still would not consent to a marriage, so he re-enlisted for another year to convince them to say yes, promising to care for her until the end of her days. He returned to the States, worked 2 jobs to save for her ticket to Indiana and Herta arrived on December 1, 1947 and they were united in marriage at the First United Methodist Church on December 7, 1947. Their love was steadfast for nearly 73 years, a compliment to each other. DeVon built their home which was his pride and joy and lived there until October 2020. Their union was blessed by two children, Gloria Jean and Diana Kay.
He was known by several names, Robert, Bob, DeVon, and Tommy-and of course Dad and Grandpa. DeVon became his name when there were too many “Roberts” in first grade, thus the teacher used middle names to keep them straight. Tommy was his military nickname.

DeVon was preceded in death by his parents and sisters Agnes Shaffer, Delhia Anglin, and Olive Whisman and nephews Richard Underwood and John Anglin.

Burial of his cremains will follow in the New Oak Hill Cemetery, Plymouth.

The family would like to extend deep gratitude to the staff members at Center for Hospice Care and Miller’s Merry Manor for the care and support DeVon received. 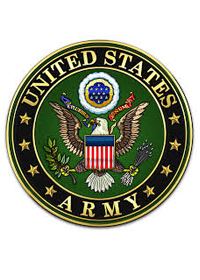