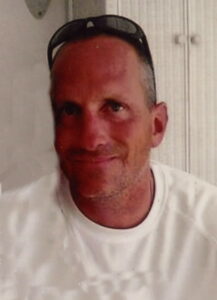 Robert Douglas Bergmoser, 50, passed away unexpectedly on January 1, 2021. He was a loving and caring father, son, and brother.

Robert was born in Baltimore, Maryland on September 10, 1970 to Douglas Paul and Karen Lee (White) Bergmoser. He graduated with a bachelor’s degree in marketing from South Florida University.

He worked in aerospace electrical sales in Texas, where he became an avid Dallas Cowboys football fan.

Robert would enlist in the U.S. Army and serve in Afghanistan during Operation Iraqi Freedom. He was Honorably Discharged, but still carried many mental battle scars from his time overseas.

He would move to Plymouth in 2015 and work as a phlebotomist at St. Joseph Regional Medical Center- Plymouth Campus.

He thoroughly enjoyed being in the Gulf of Mexico. Whether it was having fun on a jet ski, fishing or piloting his parents’ boat. Robert shared many great memories on the water with his family.

Robert was a generous soul and a good friend to many.

He is survived by his parents, Douglas and Karen Bergmoser of Florida; his daughter, Abigail Bergmoser; and his brother, Matthew Bergmoser of Plymouth.

There will be no services held at this time.

Please in Robert’s memory and for the many that have served for our country, memorial donations can be made to Wounded Warrior Project, P.O. Box 758517 Topeka, Kansas 66675.