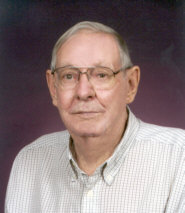 Robert Eugene Husted, 81, died after an illness, at his residence 1709 Hope Blvd., Plymouth, at 6:25 a.m. on Friday, October 22, 2004.
Born in Williamsburg, Ill., on June 27, 1923, Bob was the son of James Raymond and Margaret Louellan Husted Lawson.
He served in the United States Navy from March 10, 1944 until January 19, 1946. A boatswains mate, second class, he served on board the U.S.S. L.S.T. 675 and the U.S.S. LCI (G) 422. Bob earned the Asiatic Pacific medal with two stars, the American Area, the Philippine Liberation with one star and the Victory Ribbon.
After the war, he worked for 32 years with Standard Oil of Ohio in Grove City, Ohio.
He was first married to Margaret Jean Husted. She died on March 28, 2000. Their son, Jack Robert Husted had also died in 1968. He married Nadine Houin Zahm in St. Michael’s Catholic Church on May 27, 2002.
Bob was a member of the Sioto Boat Club, the Masons of Ohio and the Shrine Drum and Bugle Corp.
He was also a member of St. Michael’s Catholic Church and the Harvest House in Plymouth and St. Catherine’s Church, Sebring, Fla., at their winter residence in Avon Park, Florida.
Bob is survived by his wife, Nadine, Plymouth, and by two step-sons and two step-daughters. They are: Sharon and Bob Luebcke, Edwardsburg, Mich.; Sally Zahm and spouse, Jaimie Oxley, Fort Wayne, Ind.; Mark and Liz Zahm, South Bend, Ind.; and Matt and Bobbie Zahm, Argos, Ind.
Eight step-grandchildren and three step-great-grandchildren also survive.
Bob was preceded in death by his parents, his first wife, their son and six siblings: three sisters and two brothers.
They are: Mabel Doty, Opal Norris, Irene Stout, John, Arthur and Raymond Husted. Several nieces and nephews survive as well.
Friends will be welcomed from 4 to 7 p.m. on Monday, October 25, 2004, in the Johnson-Danielson Funeral Home, 1100 N. Michigan St., Plymouth, Ind. A Rosary will be prayed at 7 p.m.
A Mass of Christian Burial will be held for Bob on Tuesday, October 26, 2004, at 11 a.m. in St. Michael’s Roman Catholic Church. The Rev. Father Edward Ssebbowa will officiate.
Burial will take place Saturday, November 6, 2004 at 11:00 am in the Grove City Cemetery, Grove City, Ohio with the Rev. Phillip Stout officiating.
Memorial gifts may be made to Marshall County Hospice, or St. Michael’s Catholic Church in Bob’s memory.