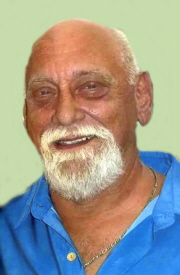 Robert E. Laffoon, 63, passed away on Thursday, December 29, 2016 at the Kishawaukee Hospital in De Kalb, Illinois.
Bob was born on February 18, 1953 in South Bend to Robert E. and Phyllis (Sloan) Laffoon. He graduated from Divine Heart Seminary in Donaldson, Indiana in 1971. He was a member of the Order of Priests and Brothers of the Sacred Heart in St. Marie, Illinois.
He worked as a local electrician and HVAC tech for 28 years for Mayer and Banner Electric in Plymouth.
On July 29, 1995 in Genoa, Illinois, Bob took as his bride the former Karen L. Pinne.
The couple would move to Plymouth to be closer to his family. They attended Calvary Lutheran Church in Plymouth.
Bob was a faithful, family man. He loved being with his children and grandchildren. He coached t-ball and soccer when children were young, and was a Plymouth Music Booster Board Member when his children attended Plymouth High School. He enjoyed working on projects around the family home.
He loved taking cruises with his wife and family. Karen and he have taken one every year for the past 15 years, and have another one planned for 2017.
Bob is survived by his wife, Karen and children: Teresa (Kevin) McGuire, Nicholas (Kristy) Laffoon, Jennifer (Bill) Ballenger and Shelby (Jeff) Potter. His grandchildren: Cody Ballenger, Chelsea Hutsler, Courtney Ballenger, Logan Schneider, Joe Potter, Gannon Potter, Kayla Laffoon, Kate McGuire, Triston Laffoon, Amanda McGuire and Brenna Laffoon, as well as, great-grandchildren: Ella Mae Murphy and Brent Hutsler. Also surviving is his sister, Cheri (Michael) Poland and brother, Gary Laffoon, along with many nieces and nephews.
He was preceded in death by his parents and siblings: Craig, John, Kent and Danielle Laffoon.
Friends are welcome from 1-3 p.m. on Saturday January 7, 2016 in the Johnson-Danielson Funeral Home, 1100 N. Michigan Street, Plymouth. A Memorial service will follow at 3 p.m. on Saturday with Pastor Eric Ahlemeyer officiating.
Family burial will be at a later time.
Memorial contributions can be made to Center for Hospice Care 112 S. Center St. Plymouth, IN 46563.