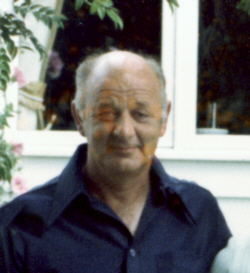 Robert H. Albert, 79, died of natural causes at his residence, 518 S. Michigan St., LaPaz, at 8 a.m. on Friday, December 25, 2009.
Born on Christmas Day, seventy-nine years ago, in LaPaz, he was the son of Foster and Elaine Pratt Albert.
Robert graduated from LaPaz High School in the class of 1948. He and his wife, Shirley Crum, were high school sweethearts and were married on August 21, 1948, in LaPaz.
Bob, a farmer, was also a member of the Indiana National Guard.
A lifelong Marshall County resident, Robert was the owner and operator of several successful businesses: the Albert Bowling Lanes, the Albert Texaco and Sinclair Stations, and the Alibi Restaurant.
He was also a Union-North school bus driver for over 35 years and a volunteer fire fighter for the LaPaz Fire Department and a member of the Building Corporation of the LaVille Elementary School in 1982. A regular and strong supporter of LaVille Athletics, his enthusiasm and loyalty will be greatly missed. Bob enjoyed old cars and he collected antique tractors. A natural carpenter and mechanic, he was great with his hands.
An excellent bowler, he traveled around the county bowling in competitions. He enjoyed going to auctions and playing poker with his friends.
Bob is survived by his loving wife, Shirley, a son, David (Susan) Albert and a daughter, Deborah (Robert) Konopinski, all of LaPaz.
Four grandchildren survive as well: Kane Shuppert, Plymouth and two grandsons, John and Jacob Albert LaPaz and Ruth Albert, a granddaughter, LaPaz.
Three great-grandchildren also survive. They are Olive Laurence, a great granddaughter, and Kaneda and Quinn Shuppert, great grandsons.
Bob was preceded in death by his parents and Dale Albert, a brother.
Friends are invited to visit with and share memories of Bob with is family on Monday, December 28, 2009 from 4 to 8 p.m. at the Johnson-Danielson Funeral Home, 1100 N. Michigan St., Plymouth.
Funeral services for Bob will be held at 11 a.m. on Tuesday, December 29, 2009, in the funeral home. The Rev. Steve Cox, pastor will officiate.
Interment will be in the Mausoleum of the Bremen Cemetery, Bremen, Indiana.
Memorial gifts in Bob’s memory may be made to the LaPaz Fire Dept. or LaPaz-Lakeville Ambulance Service 411 South Michigan Street LaPaz, Indiana 46537