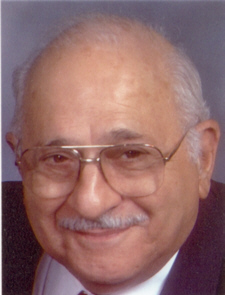 Robert James “Jim” Stapan, 76, an area resident most of his life, went to be with his Lord at 11:00 a.m. on Friday, July 31, 2009, in Pilgrim Manor Nursing Center, Plymouth.
The son of Elia and Rosanna Lazar Stapan, Jim was born in Chicago, Illinois on July 28, 1933.
He graduated from West High School in 1952.
On November 15, 1959, Jim and Juanita R. Wallace were married in Culver, Indiana. They had met at a square dance, and loved to dance.
Jim had worked at Bendix from 1968 to 1988 as a Tool Grinder and Tool Maker. He later sold Insurance for ten years. From 1999 to 2004, he was a greeter at Walmart, a job he truly enjoyed since he was constantly meeting and talking to people.
He had been the Marshall County Veteran’s Officer since 2003. Jim was proud to have been in the Marine Corps. during the Korean Conflict. He had served with the 3rd Marine Division, Fleet Marine Force in Japan from Nov. 16, 1954 to July 3, 1956. After his first tour of duty, he re-enlisted for two years and was discharged as a Sergeant. As the Veteran’s Officer, he was very proud to be able to help his fellow Veterans with whatever problem they had.
An active member of Sunrise Chapel, Jim also was a member of the American Legion, VFW, and the Moose lodge, all of Plymouth.
One of Jim’s favorite past-times, besides being with his children and grandchildren, was eating out. He was also an outdoorsman, and enjoyed fishing and hunting. His latest hobby was making balloon animals for children.
Jim is survived by his wife, Juanita, with whom, he would have celebrated 50 years of marriage in November, two daughters and two grandchildren. His daughters and their children are: Debra & Roger Stockberger and their son, Eric James of Argos and Tami and Rick Schmidt and their daughter, Ella Rose of Mishawaka.
Also surviving are a brother, George and Nina Stapan of Boca Raton, Florida and two sisters: Elaine Stapan and Mary and Paul Townsend, all of Lafayette, Indiana.
Visitation will be from 2 to 4 and 6 to 8 p.m. Tuesday, August, 4, 2009 at the Johnson-Danielson Funeral Home, 1100 N. Michigan St., Plymouth, and on Wednesday at the church, one hour prior to the services.
The Plymouth Moose Lodge will have a service at 7:30 p.m. Tuesday, in the funeral home.
Funeral Services, officiated by Rev. Rustin Krapfl, will be held at 10:30 a.m. on Wednesday, August 5, 2009 at Sunrise Chapel, Plymouth.
Burial will be in New Oakhill Cemetery, Plymouth, where Military Rites will be provided by The Plymouth American Legion Post 27 and the Plymouth V.F.W. Post 1162.
In lieu of flowers, memorial contributions may be made to Sunrise Chapel or a Charity of the Donor’s Choice.