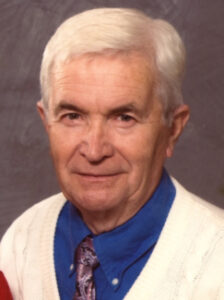 Robert L. Friesner, 75, passed away at 2:04 p.m. on Wednesday, December 11, 2013 at St. Joseph Regional Medical Center in Mishawaka.
Robert was born on July 16, 1938 in Middlepoint, Ohio, to Dwight and Datha (Fox) Friesner. He graduated from Van Del High School in 1956, while in high school he played both basketball and baseball. He then met and married his wife of 55 years, Barbara Joyce Rawlings.
He attended Findlay College and after he received his degree, he began his teaching career which lasted 39 years. He and Barbara Joyce spent their teaching years at West Noble in Ligonier, then moved to Lawrence Lake in Plymouth after they retired.
His years in the classroom teaching U.S. History gave him much joy, and he did a great job keeping student’s attention. However, those less attentive students were brought back to his history world with a flying eraser. He spent his afterschool hours coaching cross-country with the help of his wife for many years. He worked his runners hard and had high expectations. However, many fine young men came through his program, including a state cross-country champion and three state-qualifying teams. He also used his love of basketball to coach a team to a sectional championship. Robert also coached wrestling, track and taught Driver’s Ed, he was also a member of the Lions Club and West Noble Classroom Teachers’ Association and served on the Ligonier Library Board.
He is survived by his wife, Barbara Joyce and three daughters: Sherry Hughes, Deb (Larry) Miller and Kate (Josh) Harris; four grandchildren: Ryan, Tyler, Kalee and Maddie; brothers Gerald (Mary) Friesner, Harold (Carrol) Friesner and Tom (Sharon) Friesner and sisters-in-law, Ellen Friesner and Sandy Friesner along with several nieces and nephews.
He was preceded in death by his parents and a twin brother, Bill Friesner. The viewing will be held from 4 to 7 p.m. on Monday, December 16, 2013 at Johnson-Danielson Funeral Home, 1100 N. Michigan Street, Plymouth. Funeral services will follow visitation at 7:00 p.m. in the funeral home.
Burial will be in New Oakhill Cemetery, Plymouth.
Memorial gifts may be made to the Marshall County Council on Aging, 1305 W. Harrison St, Plymouth, IN 46563,