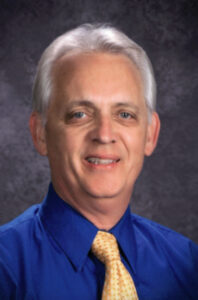 Beloved educator Bob Pickell, 61, passed away Friday evening July 1st in South Bend at Memorial Hospital, following an accident at his home.
Born Robert Paul Pickell II on June 28, 1955 in Muncie, Indiana, he was the son of Robert Paul Sr. and Marilyn A. (Park) Pickell. He graduated from Yorktown High School in the Class of 1973. Bob continued his education at Ball State University, where he received his BA in Music Education in 1978, and Masterâ€™s Degree in 1982.
On July 29, 1978 at Our Lady of Grace Catholic Church in Highland, Indiana he took as his bride the former Christine A. Mathew in the sacrament of Holy Matrimony. They have respected and loved each other for 38 years. To that union they were blessed to raise two sons Ryan and Jason.
Bob stated in a recent retirement story, that his reason for going into education was fueled by his love for music and working with young people. He spent all 38 years working within the Plymouth Community School Corporation. His first 27 years in secondary music, and the past 11 years at the elementary level. Bob also served as the President and Vice President of the Plymouth Education Association.
Bob was an active member of St. Michael Roman Catholic Church in Plymouth where he sang in the choir and served as a cantor. He was a longtime member of the Plymouth Council of the Knights of Columbus No. 1975 where he was a past Chancellor and Grand Knight. He was also a member of the Fourth Degree Assembly. While at Ball State he became a member of the Sigma Chi Fraternity, and was part of Ball State University Singers. Pickell was a past Board Member of the Marshall County Community Foundation and also served on the Plymouth Arts Commission. He was still actively involved with the Indiana State Teacherâ€™s Association, Indiana Music Educators Association, and the American Choral Directors Association.
Outside of his love for music and teaching, Bob enjoyed all kinds of dance, playing in local tennis leagues, and attending live concerts and Broadway musical performances. He was a rabid and vocal sports fan â€“ especially when attending games for Chicago sports teams and Ball State University. Bob was a youth baseball and soccer coach for both of his sons. He loved traveling with school groups of both his students and his wifeâ€™s, to Toronto and often to New York for Broadway shows. He enjoyed outdoor activities, especially family skiing trips, and fishing with his uncles and cousins in Canada. He was a crossword puzzle and Sudoku enthusiast, as well as an avid card player. Bob will be remembered for his accomplished vocal and instrumental talents, his positive outlook on life, for bringing out the best in everyone especially the thousands of his students, his quick wit, sense of humor, and trivia knowledge. He will also be remembered for his willingness to say â€œyesâ€ when anyone or any organization needed help. He will be missed by a loving family, his wife Chris, sons Dr. Ryan M. Pickell of Indianapolis and Jason R. Pickell of Muncie. Bob is survived as well by his mother Marilyn A. Pickell-Hunt of Muncie; his brother Randy and wife Sally Pickell of Lake Bluff, Illinois and sons, Eric and JP; his sister Leslie Pickell and life partner Michael Gardner of Benton Harbor, Michigan; and brother-in-law Michael Mathew of Indianapolis, wife Jean Ann, and his daughters Ashley Holley (Brooklyn, Bristol, Junie), and Amber & TJ Ware. Numerous aunts, uncles, cousins and friends also survive.
Preceding him in death were his father, and in-laws, Delos and Anne Mathew. Visitation will be held on Thursday, July 7th from 3:30 â€“ 7:00 p.m. in the Plymouth High School Auditorium. (Enter only through the north set of doors #5) At 7:00 p.m. a Service of Remembrance will begin to honor his life in education, as a community leader and member of Sigma Chi Fraternity.
A Mass of Christian Burial will begin at 11 a.m. on Friday, July 8th in St. Michael Roman Catholic Church, 613 N. Center St., Plymouth. Pastor John Korcsmar C.S.C. and Parochial Vicar Fr. Craig Borchard will officiate. Burial will follow in the New Oak Hill Cemetery, Plymouth.
To further his love of music and its impact on students and others, the family would request memorial gifts be given toward the establishment of the Robert P. Pickell Memorial Scholarship, c/o The Marshall County Community Foundation, 2701 N. Michigan St., Plymouth, IN 46563, or St. Michael Church, 612 N. Walnut St., Plymouth, IN 46563.
As one family grieves, other families by the Grace of God and by Bobâ€™s giving nature have reason to embrace the blessings of life. Bob was enrolled in the Indiana Donor Network, and through his continuing generosity, he is saving numerous lives of people in dire need of organ and tissue transplants.