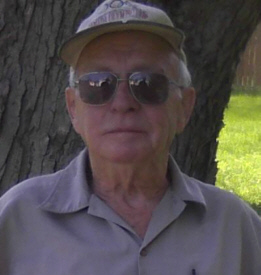 Robert P. Weaver, 82, passed away Wednesday, October 14, 2015 in his residence. Robert was born the son of Ivo Myron and Myrtle Edna (Troyer) Weaver. On October 12, 1952, in Plymouth, he married Marilyn Ruth Gordon; she passed away October 18, 2009. Robert continued living in the same house that he, Marilyn and her brother, Charlie Gordon built together. Robert graduated from LaPaz High School in 1950. He retired from the United States Post Office, Plymouth, in 1988, after thirty-one years of service. Robert was involved with the American Red Cross as a volunteer. He was a member of the Church of the Brethren. He and Marilyn traveled extensively all over the U.S. and Canada.
Surviving is his daughter; Susan Weaver, of Delray Beach, Florida, granddaughter; Kimberly Weaver, and grandson; Scott Weaver. Robert was preceded in death by his parents, two sons; Michael and Daniel Weaver, two brothers; Elson E. and Lawrence “Larry” Weaver, and one sister; Marcile Fish. Visitation will be on Friday, October 23, 2015 from 5-8 PM EDT in the Johnson-Danielson Funeral Home, 1100 N. Michigan Street, Plymouth.
Funeral services will be held at 11:00 AM EDT on Saturday, October 24, 2015 in the funeral home with Rev. Herman Kauffman officiating. Burial will follow the funeral service at New Oakhill Cemetery. Memorial contributions can be made to the American Red Cross, 130 N. Michigan St., Argos, Indiana 46501.