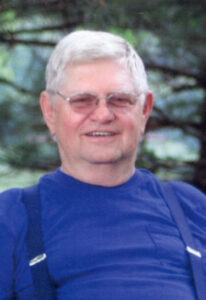 Robert T. “Bob” Servis, 77, a resident of River Park, Plymouth, passed away at his residence on Monday evening January 2, 2012 at 7:55 p.m.
Bob was born the son of Troy D. and Eva A. (Yates) Servis on June 8, 1934 in Plymouth, Indiana. He was raised in Plymouth and graduated from the Lincoln High School in 1952.
On June 6, 1954 at the Plymouth Church of the Brethren he married Mildred Jean “Mid” Cox. She would precede him in death on November 30, 1982.
He then married Joan Kay (Wheeler) Carlson on July 12, 1985 in LasVegas.
Bob served in the U. S. Army from 1957 – 59 and was a member of the Plymouth American Legion Post 27. He also held membership in the Plymouth Moose Lodge #741.
Bob was extremely dedicated to his career family as a route sales driver for the Plymouth Coca-Cola distributorship that spanned 44 years of friendly service, retiring in 1986.
For the past 23 years Bob has attended the Plymouth Wesleyan Church with his wife Joan.
Surviving with his wife are five children and their families which include 11 grandchildren and 2 great grandchildren. Michael L. and Renee Servis of Terre Haute, IN and their children; Rachelle and Eric, Susie M. and Steve Newberg of Buchanan, MI and their children; Jennifer and Joshua, Jennifer A. and Brad Hoop of Indianapolis, IN and their children; Jessica and Jillian, Julie M. and Gabe Blissmer of Plymouth and their children; Amber, Amanda and Anthony, Jerry D. and Stephanie Carlson of Kouts, IN and their children Breanna and Alivia. The two great grandchildren are Jennifer’s daughter Brielle and Rachelle’s daughter Ella.
He was also preceded in death by his brother, David L. Servis and sister, Janice L. Gaffey. The family will receive friends at the Johnson-Danielson Funeral Home, 1100 N. Michigan St. Plymouth on Thursday, January 5, 2012 from 4 – 8 p.m. Calling will continue on Friday after 10 a.m. in the Plymouth Wesleyan Church, 11203 S. Michigan St. where services will begin at 11 a.m. The Rev. Ed Friberg will officiate.
Burial will follow in the New Oakhill Cemetery in Plymouth where military honors will be accorded Bob by members of the Plymouth American Legion Post 27, Veterans of Foreign Wars Post 1162, the D.A.V. and South Bend Honor Guard.
Preferred are memorial gifts to the Riley Children’s Hospital, 702 Barnhill Dr. Indianapolis, IN 46202 or the Center For Hospice Care, 112 S. Center St., Plymouth, IN 46563 recognizing their gracious care.