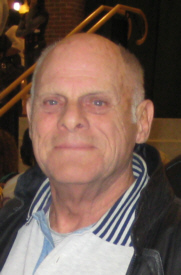 Robert W. Anthony, 88, and lifetime Plymouth resident, passed away in his home at 3:47 p.m. on September 12, 2016.
Born in Plymouth, Bob graduated from West High School with the class of 1946.
He married Jacqueline (Brooke) Anthony in June of 1950. She would precede him in death in 1997.
Bob served in the U.S. Army until his Honorable Discharge IN 1947. While in the Army, he learned how to play tennis. He was a truck driver for Associated Truck Lines, taking many trips on the east coast and being a teamster, until his retirement. Bob was an avid golfer, gaining the nickname â€œRanger Bobâ€ from all his hours spent practicing. He was a lifetime Plymouth Country Club member, being named Club Champion and City Champion on a few occasions.
Bob was a devoted father and grandfather. He raised his daughter, Jan, and taught that her you could succeed at anything with determination and hard work. He was always encouraging and Jan’s biggest cheerleader throughout her life. He taught Jan the game of golf, something they enjoyed together through all the years. He extended the same enthusiasm and mentoring to his granddaughter, Alexandria. He enjoyed going to all her athletic events and even went to most of her college basketball games. His only regret was that she did not like golf, a game which he loved.
He is survived by his daughter, Dr. Jan Anthony-Starr and husband Jeff of Plymouth, granddaughter, Alexandria Starr, grandson, Garrett Starr of Plymouth and great-grandson, Alic Starr.
He was preceded in death by his parents and grandparents.
Friends can celebrate Bobâ€™s life from 5-7 p.m. on Monday, September 19, 2016 in the Johnson-Danielson Funeral Home. A Memorial service will follow at 7 p.m. with Rev. Dr. Sam Boys officiating.
Memorial contributions can be made to the Center for Hospice Care 112 S. Center St. Plymouth IN 46563.