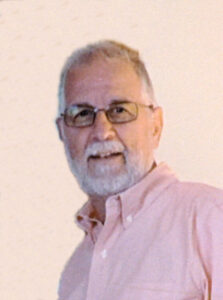 Robert W. “Butch” Daumer Jr., 70, suddenly passed to his heavenly reward on Sunday morning the 15th of May. His death occurred at the Corona Regional Medical Center following a surgical procedure. Butch was a former Lake of the Woods resident and has made Corona his home for the past few years.
He was born the son of Robert W. Sr. and Mary E. (Anderson) Daumer in Gary on March 1, 1946. He was raised in Lake County, Indiana and graduated from Hammond Tech High School with the Class of 1964. In 1966 he entered the United States Navy at the Great Lakes Naval Center and then served during the Vietnam War time on the U.S.S. Point Defiance and received an honorable discharge.
Butch was respected in the field of sales and retired in 2010 as a route salesman for the LaVille Barber Supply. In California, he worked part-time as a NAPA Auto Parts delivery person.
In life he has enjoyed the serenity of lake life, water sports and was a Bill Elliott NASCAR fan.
Above this was his desire to be a servant to his Lord and Savior, Jesus Christ. With that servants heart he brought the Word to many without being judgmental as he volunteered with the Prison Fellowship Ministry in Chicago and California. He became a father figure to many over the years. In Corona he did this weekly with his spouse Linda through Crossroads Church.
Butch was a devoted family man and husband to two lovely ladies. His first love and marriage was to Memoree L. “Mem” (Swart) Daumer on August 19, 1967 in Bremen, IN. She would precede him in death on January 26, 1999. On December 30, 2001 in Evergreen Park, IL he married the former Linda C. Ziegler who now survives.
He was a loving father, step-father and grandfather to his two children and families: son Scott L. Daumer of Chicago and his sons Joshua J. and Mitchell E., his daughter Heather M. (Jamie) Czarnecki of Bremen and their children Rachael M., Zachary J. and Cody W., his step-daughter Amy (Brett) Bode of Corona and their children Amir, Aiden and Rhiannon, step-son Mike Ziegler of Corana and his daughters Hailey and Isabella. Butch also has two great-grandchildren who were special to him. His siblings include: sister Beverly J. Sopiarz of Oak Lawn, IL, Eva M. “Peg” (Marc) Witwer of Bremen and brother Rodney L. Daumer of Valparaiso, IN.
Military honor services in California will take place on Friday June 3rd at 11:30 a.m. in the Riverside National Cemetery, Riverside, CA.
Additional services will be announced at a later date.
Memorial gifts may be made to any chapter of the Wounded Warrior Project.