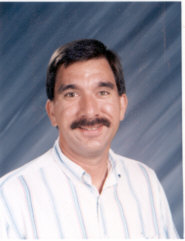 Robert William Relos, 46, 11066 Forest Drive, Plymouth, died on August 8, 2004, at his mother’s residence on McLiver St., following a long and courageous battle with cancer.
He will be very much missed. His family was his life and he loved and was loved by them all.
Born on September 20, 1957, in South Bend, Ind., Bob was the son of Robert D. Relos and Carol Noble. He graduated from John Glenn High School with the class of 1975 and from Franklin College with a Bachelor’s degree in 1979. He earned his Masters of Science in Education from Indiana University.
While in school he was on the Dean’s List and was a member of Kappa Delta Rho fraternity. A cross country runner, he ran in the Boston Marathon and coached the sport at Ancilla College.
He taught school for seven years at Oregon-Davis, four years at Bremen and 11 years at LaVille. He was a much loved colleague of the teachers as well as being admired and respected by his students.
Bob loved running, loved his guitars and his Mustang car. He was a member of the Michiana Mustang Club and was their newsletter editor for many years. He won a Gold Award at the Mustang 40th anniversary show in Nashville, Tenn., with his pace car.
He is survived by his fiancee, Mary Warner of Granger, Ind., his mother, Carol Noble of Plymouth and his father, Robert D. Relos of North Liberty.
A sister and brother-in-law, Donna and Mike Noble and a niece, Elizabeth Noble of Koontz Lake, also survive.
He was preceded in death by Thomas Relos, a brother.
Friends are invited to visit with the family from 4 to 8 p.m. on Wednesday, August 11, 2004, in the Johnson-Danielson Funeral Home, 1100 N. Michigan St., Plymouth.
Funeral services conducted by Tom Padberg, chaplain of the Marshall County Hospice, will be held at 10:30 a.m. on Thursday, August 12, 2004, in the funeral home.
Interment will be in New Oakhill Cemetery, Plymouth, Ind.
Memorial gifts in Bob’s memory may be made to the Marshall County Hospice or the American Cancer Society.