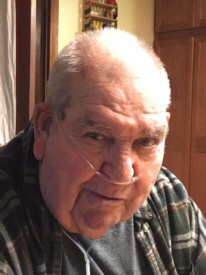 Roger L. Emmons Sr., 79, passed away in his home surrounded by his family at 4:40 p.m. on Tuesday January 17, 2017.
Roger was born on August 17, 1937 in LaPaz to Karl â€œBillâ€ and Julia E. (Taylor) Emmons. He graduated from LaPaz High School with the class of 1955.
He served our country in the U.S. Army until his Honorable Discharge in 1958.
Roger L. Emmons took Deborah J. Whiteman to be his wife on August 9, 1959 at the LaPaz Church of God. She would precede him in death on July 25, 2012. Deb and Roger owned and operated a restaurant and gas station at the busy corner of 6 and 31. He retired from mail carrying after 35 years. Then he began his antique shop D&Kâ€™s Antiques. He had fun going to auctions and antiquing. Roger loved to serve his community as Fire Chief in LaPaz for 25 years and Town Marshall. He was a family man and a people person. In his kidâ€™s younger years, he helped with their little leagues and sports teams. And later enjoyed watching his grandkids sporting events.
He is survived by his five children and their families, they are a son Roger Emmons Jr. of South Bend with his children Nichole and Peyton; daughter Jodie D. & Jeffery Slough of Plymouth with their children Alyssa, Amanda, and Autumn; son William A. & Andrea Emmons of Bremen with their children Heather and Conner; daughter Darla L. & Bobby Adams of Mentone with children Brennen, Danielle, and Brice; daughter Karla G. & Justin Kaser of South Bend; nine great grandchildren; and siblings: Karl â€œSonnyâ€ (MaryAnn) Emmons of Lakeville and Judy Veger of Plymouth.
He was preceded in death by his wife of 51 years, parents and sisters, Shirley Albert and Julia Hurford.
Visitation will be on Sunday January 22, 2017 from 1-5 p.m. in the Johnson-Danielson Funeral Home, 1100 N. Michigan Street, Plymouth.
Funeral services will be held on Monday, January 23, 2017 at 11 a.m. in the funeral home.
Burial will be in the New Oak Hill Cemetery with Military Honors provided by members of the American Legion Post 27, Veterans of Foreign War- Marshall County Post 1162 and Disabled American Veteran Chapter 42.
Memorial contributions can be made to the Union-North Ambulance Service or to the LaPaz Fire Department.