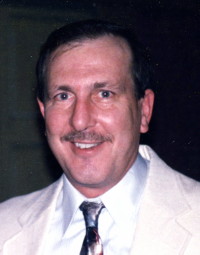 Ronald A. Emerick, 72, passed away October, 12, 2019 after an extended battle with Parkinsonâ€™s disease.
Ron was born February 7, 1947 in South Bend to Arthur and Eunice (Kaniewski) Emerick. On December 27, 1975 in South Bend he was united in marriage to Karen (Cote) Mendenhall.
He worked for 35 years at Honeywell/Bendix as a machinist retiring in July, 2003.
He was a Corporal in the U.S. Army stationed in Korea from June, 1966 to June, 1968.
He was predeceased by his parents and his daughter, Caren.
Survivors include his wife of 43 years and sons, Brian (Joka) Emerick of Schererville, IN and Jerry Emerick (FiancÃ©, Karen) of Centerville, OH. Grandchildren: Tyler (Jessica) Emerick, Austin Emerick, Jovana Emerick and Mila Emerick; Great-granddaughter, Taylor Emerick; sister, Connie (Mike) Czajkowski of Bremen and brother, Tom (Marilyn) Emerick of Granger.
He was an avid bowler for many years and took pleasure in cheering on the Cubs, Notre Dame Football and Womenâ€™sâ€™ Basketball and the Colts.
Ron was a loving, wonderful and gracious husband, father, grandfather, Great-grandfather and brother. The legacy of Ronâ€™s kind spirit, hard work and love of family will live on through his children, grandchildren and great grandchild.
The family would like to thank the staff at Wampler Senior Home, the Harbor Light Hospice, and Angie, Alyssa and Patti, whom all gave special care to Ron through his long illness.
Visitation will be held on Tuesday, October 15, 2019 from 11:00 a.m.-1:00 p.m. at the Johnson-Danielson Funeral Home, 1100 N. Michigan Street, Plymouth. A Memorial Service will follow at 1:00 p.m. with Pastor Toni Carmer officiating.
Burial will take place at a later date in Highland Cemetery, South Bend.
Memorial contributions may be made to the Wampler Senior Home, 305 E. North St., Bourbon, In 46504, Harbor Light Hospice, 1820 E. Day Rd., Mishawaka, IN 46545 or Ara Parseghian Medical Research Foundation c/o University of Notre Dame, P.O. Box 802275, Chicago, IL 60680-9481.