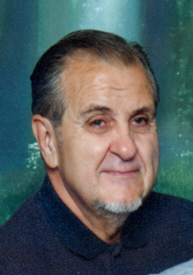 Ronald C. Weist, 83, and Plymouth resident since 1981, passed away with his family by his side at 2:50 p.m. on Thursday, March 3, 2016 in the Signature Healthcare in Bremen.
Ronald was born in Huntington, Indiana on September 15, 1932 to Wilbur W. and Wilda W. (Little) Weist. After high school, he attended Midwestern and Purdue Universities in Ft. Wayne and attained his Bachelor’s degree in mechanical engineering.
Ronald took Ruth E. Connolly to be his wife on August 8, 1954 in Elkhart, Indiana
He served out country in the U.S. Air Force until his Honorable Discharge in 1952.
Ronald worked for Indiana Heat Transfer for 18 years until his retirement in 1998. Before he had worked for Magnavox and Guide Engineering in Ft. Wayne, Barler Manufacturing in Goshen, for the Ford Motor Company in Connersville and Hoover Universal in Charlotte, MI.
Ruth and he were members of the North Liberty Church of Christ. He was a member of the Menno Men’s Singers in Goshen, IN, as well as, in the choirs of all the churches he was with. Ronald was a member of the Masonic Lodge in Ft. Wayne. Ronald was Cub master for Milton Pack in Milton, IN and Scout master for the Boy Scouts Troop #6 in Cambridge City, IN. He served as deacon and financial secretary for the Christian Church in Ft, Wayne. He enjoyed camping and traveling with his family and friends. He treasured time spent with his children and grandchildren, attending as many of their activities as he could. Ronald also enjoyed woodworking and re-finishing furniture.
He is survived by his wife of 61 years, Ruth of Plymouth, and their two sons: Ray C. Weist of Plymouth and Randall (Lisa) Weist of Bulan, KY; 4 grandchildren: Ruthann, Kelli, Lindsey and Michael; and brother, of Bryan Weist of Columbia City, IN.
Ronald was preceded in death by his parents, sister, Janelle Wolf, and brother, James Weist
Visitation will be held from 2 p.m.-4:00 p.m. on Sunday, March 6, 2016 in the Johnson-Danielson Funeral Home, 1100 N. Michigan Street, Plymouth.
Funeral services will be held at 11 a.m. on Monday, March 7, 2016 in the funeral home.
Burial will be in the New Oak Hill Cemetery.
Memorial contributions can be made to the Humane Society of Marshall Co, PO Box 22, Plymouth, IN 46563 or Marshall County Hospice 112 S. Center Street Suite C Plymouth, IN 46563.