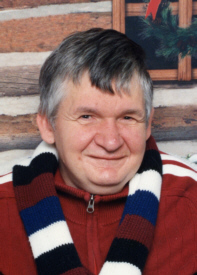 RONALD E. BALTES
December 8, 1951 – November 11, 2015
PLYMOUTH – Ronald Elmer “Ronnie” Baltes was born in Plymouth on December the 8th 1951 and joyfully endured 63 years of disabilities that no longer remain as he joined his Lord and Savior with all of the Saints in Heaven with a blink of an eye on Wednesday, November the 11th 2015 at 9:35 p.m.
He died at Pilgrim Manor in Plymouth where he has made his home since October of 2010. His trusted caregivers have become his extended family. Prior to residing in Plymouth he lived at the Pathfinders Home in Knox, Indiana.
Ron is the son of Elmer Charles and Beverly Jean (Clayton) Baltes who have preceded him in death.
He was raised a Christian and had attended the Argos Baptist Church. Ron enjoyed the simple things in life of sitting in the sunshine waving at pretty girls in passing cars, flipping towels, going on car rides and pulling his sister’s hair. He had been employed at Marshall-Starke Development Center.
Surviving are his three sisters; Cindy Lou (Robert) Sneed of Nappanee, Bonnie Jean Hardesty of Nappanee and Karen Ann Baltes and friend Brian Berger of Plymouth along with five nieces and nephews: Jeff Sneed, Beverly Sneed, Lynn Yoder, Krystal White and Austin Hardesty. Many cousins and friends also survive.
In addition to his parents he was preceded in death by two nephews; Robert Sneed Jr. and Eugene Sneed.
Visitation will be held on Monday evening from 6 – 7 p.m. in the Johnson-Danielson Funeral Home 1100 N. Michigan St., Plymouth, Indiana where services will begin at 7 p.m. A graveside burial service will be held at 2 p.m. on Tuesday in the Tippecanoe Cemetery located at 17750 Hwy 331 in Tippecanoe.
Memorial gifts may be given to Riley Children’s Hospital, 702 Barnhill Dr., Indianapolis, IN 46202.