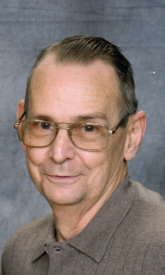 Ronald E. Woolley, 72, of Plymouth, passed away at 7:45 PM, Saturday, August 20, 2016 in the Hospice House of St. Joseph County. Ron was born May 6, 1944 in Bell, California to the late Walter and Dorothy (Birk) Woolley. He graduated from LaPaz high School in 1962.
On July 15, 1967 in Plymouth, he took as his bride the former Carolyn Nycz. They have respected and loved each other for forty-nine years. To that union they were blessed to raise two sons; Greg and Mark.
Ron retired from the Indiana Heat Transfer, where he repaired and built radiators.
Ron was a member of the St. Michael Catholic Church. He was an avid woodcarver; he regularly met at the Life Enrichment Center on Mondayâ€™s to attend the Senior Woodcarving Group. He also was active many years ago in the Civil Defense. Surviving is his wife; Carolyn Woolley of Plymouth, son; Greg Woolley of Plymouth, son and a daughter in law; Mark and Laura Woolley of Wakarusa, sister and a brother-in-law; Gloria and William Espich Sr. of Plymouth, a brother and a sister-in-law; Terry and Mary Woolley of Plymouth. Also surviving are several nieces and nephews. He was preceded him in death by his parents, and a daughter; Amanda Marie Woolley. Visitation will be from 12:00 PM until 2:00 PM Wednesday, August 24, 2016 in the Johnson-Danielson Funeral Home, 1100 North Michigan Street. Funeral services will immediately begin at 2:00 PM on Wednesday, August 24th in funeral home, with Fr. John Korcsmar C.S.C. officiating. Burial will follow in the New Oak Hill Cemetery, Plymouth.
Memorial contributions may be directed to the Hospice House of St. Joseph County, 111 Sunnybrook Court, South Bend, Indiana 46637 or to the St. Michael Catholic Church, 612 North Walnut Street, Plymouth, Indiana 46563.