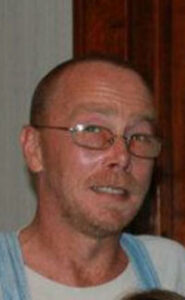 Ronald D. Hite Jr. 43, of Washington Street, Plymouth passed away on Friday evening September 29, 2017 at Saint Joseph Medical Center, Mishawaka.
He was born on December 10, 1973 in Plymouth to Ronald and Mary Weedling Hite Sr.
He was employed at Aker plastics for several years.
He is survived by his father, Ronald Hite Sr. of Bremen, one sister, Lisa (Jeff) Corban of Warsaw, two brothers, Jim (Diane) Weedling of Converse, Indiana and Andy (Liz) Hite of Bremen.
He was preceded in death by his mother Mary Weedling Hite, on July 13, 2015.
Memorial Services will be held on Saturday October 7, 2017 at 11:30 A.M. at the Pretty Lake Church Community Hall, Plymouth with the Pastor Tamara Boggs officiating.