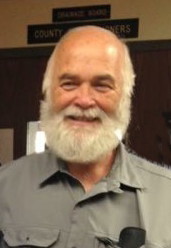 Ronald K. Hoffer, 70, passed away on Wednesday, April 29, 2020 in the home that he and his wife Janelle built.
Ron was one of five children born to Ray and Vera (Pratt) Hoffer on September 2, 1949 in Knox, Indiana. He graduated from Knox High School with the class of 1967. He attended Ancilla College in Donaldson, where he met Janelle. He continued his education at Indiana State University and graduated with a bachelorâ€™s degree from Purdue University.
Ron proudly served our country in the U.S. Navy during the Vietnam War, as an electricianâ€™s mate aboard minesweepers. He was Honorably Discharged on April 18, 1973. Ron met and stayed close with many friends from his time in the Navy, and he will be deeply missed by his Navy buddies.
Ron worked as a chemist for AEP/Cook Nuclear Plant. Ron retired on December 21, 2012.
In St. Michael Catholic Church in Plymouth, Indiana, Ron married Dr. Janelle A. Bottorff. She was his heart and shared many memories in their 22 years of marriage before her passing in 2015.
He loved being outdoors and enjoyed riding his Harley with friends to get a bite to eat. Ron took many trips to Minnesota walleye fishing, and he loved hunting deer and grouse with Janelle, his nephew Bradley and his many friends. They raised bees and made honey for family and friends. They also operated a kennel raising Deutsch Drahthaar dogs, and he leaves behind his dogs: Tilly, Lettie and Nelle. Ron was a caring and compassionate man. This carried over into his passion about wildlife; planting sunflowers for the birds, maintaining bird boxes and wood duck boxes, planting field corn and was an avid gardener.
Ron was a lifetime member of the VFW Post #748 in Knox, the American Legion Post #131 in Knox and the National Rifle Association.
He is survived by his long time best friend, Bert Briggs of Walkerton; his brothers, Billy â€œJoeâ€ Hoffer of Knox and Dannie (Thelma) Hoffer of North Judson; niece and nephews: Bradley (Stephanie) Hoffer of Knox, Matthew (Amanda) Hoffer of Hamlet, Moses Martinez II (Christy) of San Antonio, TX, Verarose (Jesse) Keehn of Knox, Ricky Hoffer and Dannie Hoffer Jr., both of North Judson; his sister-in-law’s and brother-in-law’s: Eyvonne A. (Gary) Aker, Beth A. (Craig) Gudeman, Dr. John M. (Lori) Bottorff Jr. and Patrick J. Bottorff. Numerous nieces, nephews, cousins and friends also survive, as well as, his girlfriend, Stephanie Metsker of Plymouth.
He was preceded in death by his true love, Janelle; his parents Ray and Vera; his sister, Tami Martinez and Tina Fraizer; his in-laws, Dr. John M. and Carol L. (Emenaker) Bottorff Sr.; and brother-in-law, Joseph Bottorff.
Due to the restrictions on social gatherings, the family will have a private service in the New Oak Hill Cemetery, Plymouth.
Memorial contributions can be made to Heartland Hospice 230 W Catalpa Dr. D, Mishawaka, IN 46545 or Humane Society of Marshall Co, PO Box 22, Plymouth, IN 46563.