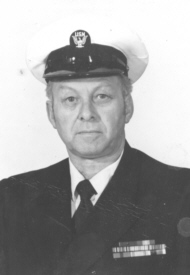 Ronald L. Holloway, a Plymouth resident since 1963, passed away at his Klinger St. home Saturday, January 19th at 11:25 a.m. following an illness. At the age of 87, until his health would not allow, he continued to have a daily presence as the owner and operator along with his two sons of Holloway Electric Motor Services in Rochester. He maintained the attitude of “not going to retire” after 52 years of continued service to the area of rebuilding electric motors.
Ronald Leo Holloway was born on May 14, 1925 in Burkett, Indiana, the son of Charles Jasper and Zella Bernice (Slife) Holloway. An area resident most of his life, he graduated from Plymouth’s Lincoln High School in 1943. He completed course study in 1944 with the Coyne Electrical School in Chicago.
In 1948 he entered the United States Navy and served for nearly 30 years and retired as an E5 on December 17th 1978. For many years Ron taught electric classes every Tuesday at the South Bend Naval Academy. In November of 1952, Ron took as his bride the former Helen J. Hudson. She preceded him in death on May 12th 2008.
He had attended the First United Methodist Church in Plymouth. Ron was a member of the Plymouth Moose Lodge and the Veterans of Foreign Wars – Marshall County Post 1162. He enjoyed working on his own cars, watching TV and trips to the Casino.
Ron is survived by his two sons; Thomas “Tom” Holloway of Rochester and Dennis Holloway of Myers Lake in Plymouth. A friend Steve Alderfer made his home with Ron and assisted in his care. A brother Lowell T. (Ann) Holloway of Apache Junction, Arizona also survives.
Services will be held on Wednesday, January 23rd at 1 p.m. in the Johnson-Danielson Funeral Home, 1100 N. Michigan St., Plymouth with visitation beginning there at 11 a.m. until time of services. The Rev. Charles Krieg will preside.
Burial will follow in the New Oakhill Cemetery in Plymouth with military honors provided by members of the Plymouth American Legion Post 27, V.F.W. Post 1162 and the D.A.V.
Preferred are memorial gifts to Hope Hospice, P.O. Box 621, Rochester, IN 46975